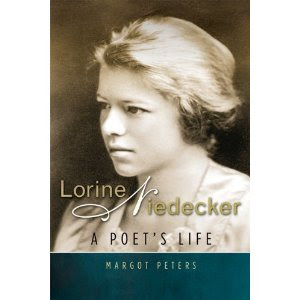 
"My concern for and with LN will be as long as my life. Her style was neat, unaggressive without being timid or diffident. She knew what she felt and what she wanted, but she would not impose either feeling or desire on others.
Her poems are often "literary"; that is, related to her reading — but they never are merely intellectual or abstract. You can feel her delight in the experience of others and especially the language in which experience have been couched and realized. She has an exquisite ear for detail. Every word is lived. You can feel her in them. She culls them. This is provender.

She had ample cause to be selfpitying and bitter, but her letters to me show no trace of either qualification. Her complaints, when they occur, and only rarely do they occur, are clearly hard wrung and never in excess of provocation. She is unusually well-balanced in her judgements and perspicacious and particular. She is both unpredictable and characteristic. She has learned from others, but projects her own music and her own realizations. There is no sense of complacency.

She is utterly without moralizing. She is never petty. Her warmth of relation to living and dead is pervasive. It is impossible not to love her. I never saw her handwriting — with its immaculate clear modest script — without at once feeling a twinge of pleasure — at whatever she has to say. I always anticipated some shared delight, or pain — which is never unalloyed. She didn't oversimplify, but she never merely decorated. Her haiku-like brief poems are as fine as any short poems of our or any time. . . .

She is never mystical and yet one feels a certain awe at times, a profound giveness to the mysteries. Most often she reverts to some natural relation, to water or work or plants or animals or acquaintances, books and news, the sense of locality.

It aches me yet — her absence. . . .Poetry was her life and her life remains for us as poetry — thanks to her magnanimous gift."

~ from a letter, Cid Corman to Gail Roub 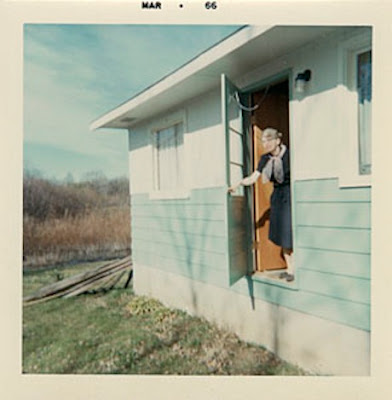 Lorine at the door


Once one becomes one with the poetry of Lorine Niedecker, there are no comparisons — no Emily Dickinson, no Marianne Moore, no H.D. Poets don't like to be compared. And it's becoming rather silly having to tolerate Lorine gaining an audience by forever comparing her to Emily Dickinson. In fact, the power of both was their greater unknown during their lifetimes and just watching a public come to their doors and be overwhelmed.


Poetry is all about being overwhelmed. When you are, go with it. Trust it.


Margot Peters' moving biography of Lorine Niedecker is a tremendous boost to the glory of Lorine Niedecker. There will be quibbles about the portrait from some, and that's okay and in some cases justified — Niedecker research is still a widely exploratory search into the background and earth of this poet. A poet who unlike most poets didn't grow out of an academic background and following, or even out of strictly being a poet. Like Thoreau, and here the comparison I believe is ideal, it was "to live at home like a traveler" as HDT professed and which they both did, about a century apart in time. Like Thoreau and unlike most poets, Lorine Niedecker grew out of the earth of her own private reading and the earth itself — that river swum shoreline of Blackhawk Island in Wisconsin, and except for a cereal bowl of poets as her close readers (and what poets! : Williams, Zukofsky, Bunting, Rakosi, Finlay, Creeley, Corman, J. Williams) she was almost forever alone and unknown.


The Peters' biography doesn't even begin to scratch the rural hardship and life of where Lorine Niedecker was raised, and this will be crucial one day for someone to delve into and come up good and sweet smelly; instead the portrait glides along as a proper introduction through the various stages of the poet's life and writing. And on the sticky subject and background of one Louis Zukofsky, Peters does quite well. The obstacles for privacy in the Zukofsky family tree can be daunting.


Although when you read Cid Corman's words above — and no one knew Lorine Niedecker as so alive as poet and person than Corman (he was the only one with the moxie to get her to record her poems onto a homemade tape) — I was stunned when I read Cid's letter (above) on page 257-258 of the biography, only to be followed by Peters' personal announcement on page 258: "Appreciators though they were, Corman, Bunting, and Jonathan Williams tended to underestimate her poems as subtle, frail blossoms. Zukofsky and William Carlos Williams knew better." Better? Corman and Jonathan Williams staked decades of their personal lives (probably not a penny earned) broadcasting Niedecker's poems to the four winds with the utmost care. They personally Johnny Appleseeded this poet's life, work and legacy while she was alive and long after she was gone (1970); and on top of that, they nurtured a whole next generation of poets and readers into her arms. And she was ready for them. You can make up your own minds just how much of a saint Mr. Zukofsky was to Lorine Niedecker. She loved him, and I prefer Lorine Niedecker to speak for herself.


I can imagine a poet someday coming to Lorine Niedecker the same way Genevieve Taggard held Emily Dickinson when she wrote her singular biography. As if she had the ability to speak before, during, and after the life of the poet. A haunting and forgotten book.


By page 250 and 251 of Margot Peters' biography of Lorine Niedecker I had tears in my eyes. Not saccharine, just the truth. Partly due to the aviation skills of the biographer bringing this bird depth flight of a poet down for a landing, and of course the bird herself.


If I could float my tentacles / through the deep . . . / pulsate an invisible glow 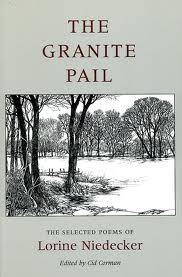