VALLEY OF THE GODS ~ 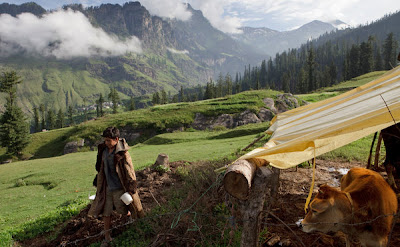 Valley of the Gods, India
(take on the developers)

Labels: Valley of the Gods (India)
ONCE ~ 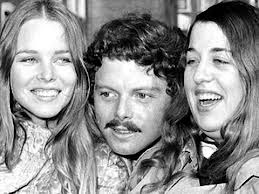 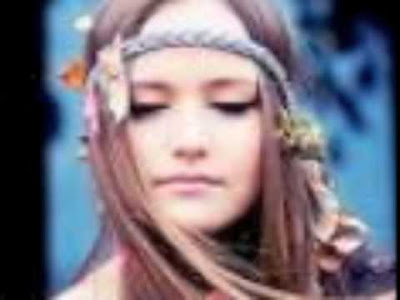 "Scott McKenzie (born Philip Wallach Blondheim, January 10, 1939 – August 18, 2012) was an American singer. He was best known for his 1967 hit single and generational anthem, "San Francisco (Be Sure to Wear Flowers in Your Hair)".

Blondheim was born in Jacksonville, Florida in 1939. His family moved to Asheville, North Carolina when he was six months old. He grew up in North Carolina and Virginia, where he became friends with the son of one of his mother's friends, John Phillips. In the mid 1950s, he sang briefly with Tim Rose in a high school group called The Singing Strings, and later with Phillips, Mike Boran and Bill Cleary formed a doo wop band, The Abstracts.

In New York, The Abstracts became The Smoothies and recorded two singles with Decca Records, produced by Milt Gabler. During his time with The Smoothies, Blondheim decided to change his name for business reasons:

"[We] were working at one of the last great night clubs, The Elmwood Casino in Windsor, Ontario. We were part of a variety show ... three acts, dancing girls, and the entire cast took part in elaborate, choreographed stage productions ... As you might imagine, after-show parties were common.
"At one of these parties I complained that nobody could understand my real name ... [and] pointed out that this was a definite liability in a profession that benefited from instant name recognition. Everyone started trying to come up with a new name for me. It was [comedian] Jackie Curtis who said he thought I looked like a Scottie dog. Phillips came up with Laura's middle name after Jackie's suggestion. I didn't like being called "Scottie" so everybody agreed my new name could be Scott McKenzie."

In 1961 Phillips and McKenzie met Dick Weissman and formed The Journeymen, which recorded three albums and seven singles for Capitol Records. After The Beatles became popular in 1964, The Journeymen disbanded. McKenzie and Weissman became solo performers, while Phillips formed the group The Mamas & the Papas with Denny Doherty, Cass Elliot and Michelle Phillips and moved to California.

McKenzie originally declined an opportunity to join the group, saying in a 1977 interview, "I was trying to see if I could do something by myself. And I didn't think I could take that much pressure". Two years later, he left New York and signed with Lou Adler's Ode Records.

Phillips wrote and co-produced "San Francisco (Be Sure To Wear Flowers In Your Hair)" for McKenzie. John Phillips played guitar on the recording and session musician Gary L Coleman played orchestra bells and chimes. The bass line of the song was supplied by session musician Joe Osborn. Hal Blaine played drums.

It was released on 13 May 1967 in the United States and was an instant hit, reaching #4 on the Billboard Hot 100. It was also a #1 in the UK and several other countries, selling over seven million copies globally.

McKenzie followed the song with "Like An Old Time Movie", also written and produced by Phillips, which was a minor hit. His first album, The Voice of Scott McKenzie, was followed with an album called Stained Glass Morning. He stopped recording in the early 1970s and lived in Joshua Tree, California, and Virginia Beach, Virginia.

In 1986, he started singing with a new version of The Mamas and the Papas. With Terry Melcher, Mike Love and John Phillips, he co-wrote "Kokomo" (1988), a #1 single for the Beach Boys.

By 1998, he had retired from the road version of The Mamas and Papas, and resided in Los Angeles, California, until his death. He appeared at the Los Angeles tribute concert for John Phillips in 2001, amongst other 1960s contemporary acts.

He had suffered from Guillain–Barré syndrome since 2010.