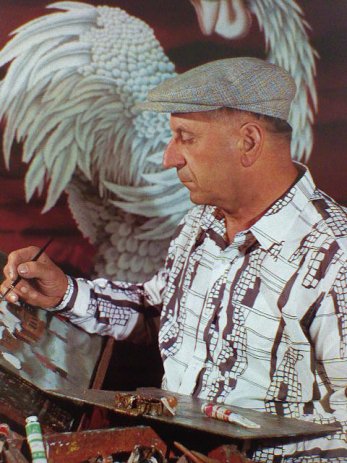 
and paper I scratched the walls with pieces of coal, thus filling all the walls with awkward drawings. I also made drawings with twigs on sand and damp ground. Particularly while tending pigs and after rain." 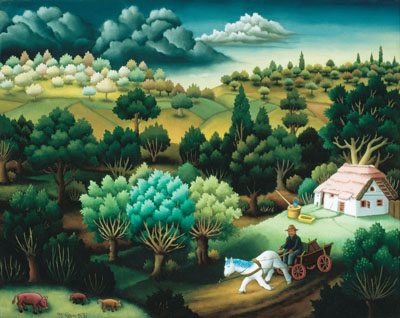 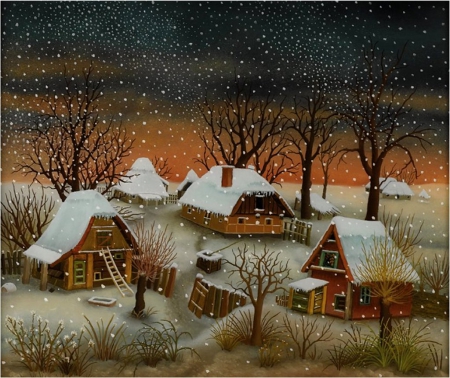 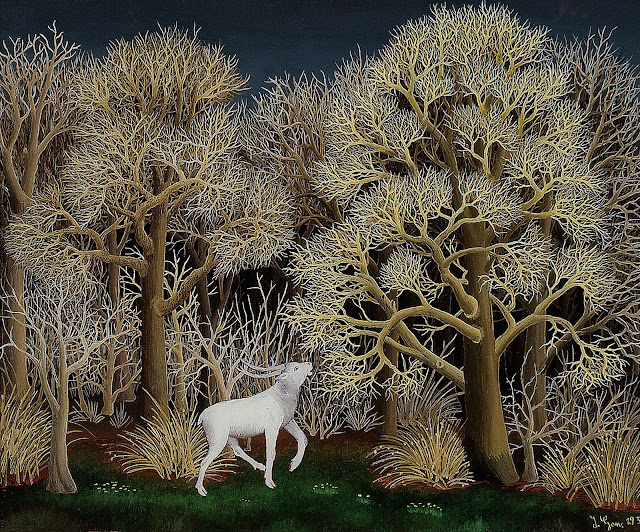 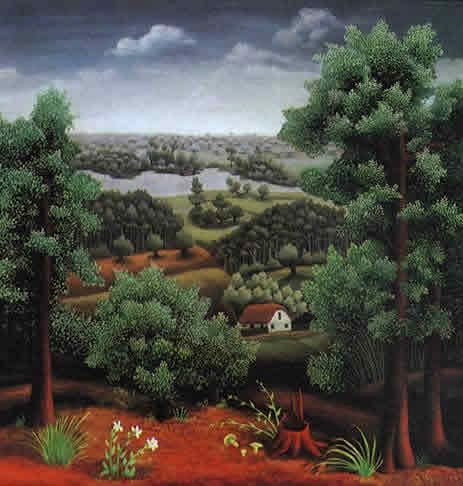 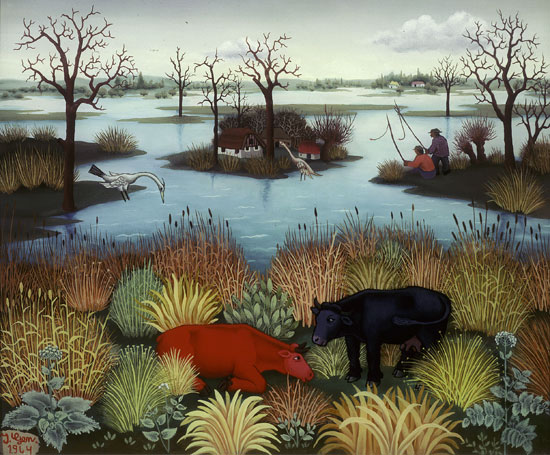 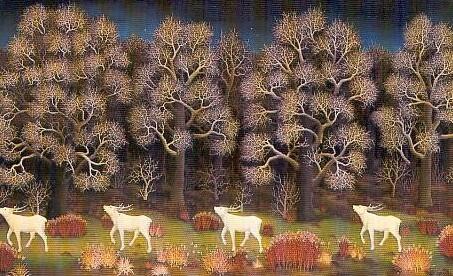 "I have painted cocks fighting — they are bigger even than the pigsty — (and) a crucified cock above the wheat as a scarecrow — a plucked cock in a dish; cows sleeping in the cowhouse, cows
pulling a cart, cows ploughing or resting below the wood; pigs digging under the snow looking for green grass or an occasional acorn which fell down last autumn, and the swineherd who looks after them. I have painted peasant weddings, religious customs and funeral rites; bread and cheese and apples which people eat; and flowers of all kinds. I prefer painting old people, because in old faces I can better see the difficulties of life, poverty and suffering. I have painted a white stag walking in the woods and looking for its hind, and then two stags at play, and finally four stags marching along like wedding guests...When I was a little boy my grandfather used to tell me about witches and the harm they can cause to people, and that they were mostly old women, and so I painted them. I have also painted tax collectors' auctions and a peasant revolt when the peasants chased away the police and the government official who were selling their cows and pigs for the tax the peasants could not pay... And I have painted processions and church fairs; and a red-horned horse eating grass sticking out through the snow while an old man and his wife watch anxiously in the hope that the miraculous horse, in which they believe, will rejuvenate them. This is only a tale I heard from old people. The horse never came. The painting was born."