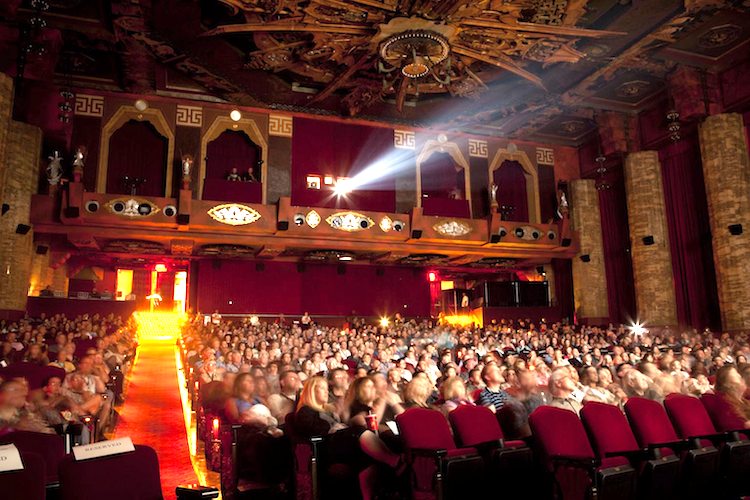 I hate all these new movies

I hate the sameness of the new theaters

I hate the cold seats in the poor old theaters

I hate the big parking lots

I hate the ticket stubs that mean nothing afterwards

I hate having to talk about these films

I hate not being able to talk about these films

I hate that paradox

I hate the fact movies no longer tell stories

I hate the people that don’t watch closing credits

I hate everyone who comes too late

I hate anyone who is in my seat — 8 rows up, center

I hate anyone who is in my other seat — backrow, center

I hate anyone in any of my other seats

I hate tubs of popcorn; think of it, tubs!

I hate balcony seats that are closed

I hate parents who won’t let their kids run

I hate people who stand up behind me

I hate I didn’t get a good look at him

Bob Arnold
from something forthcoming

The audience with the film "Gaslight",  Grauman's Chinese Theatre