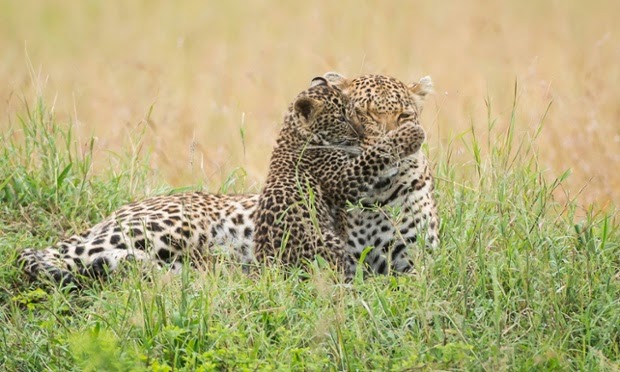 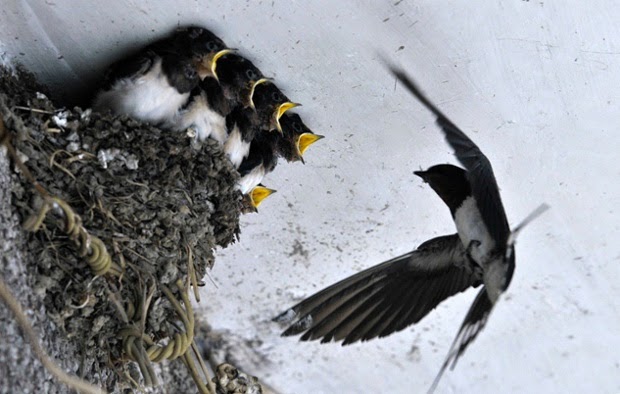 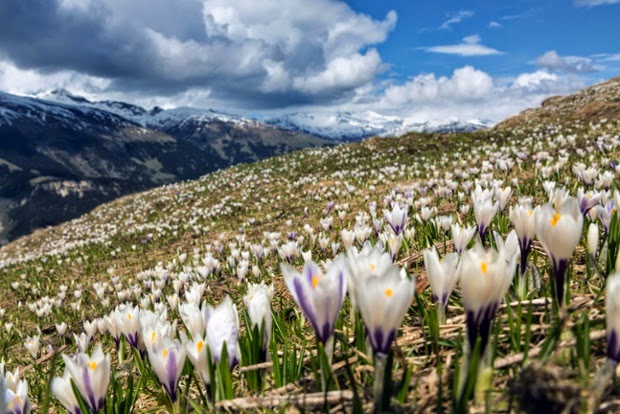 A leopard cub plays with its mother in the Masai Mara, Kenya. The cub was spotted calling for its mother after getting stuck at the top of a tree. British photographer Margot Raggett took the picture while on safari there.

A swallow feeds its babies in their nest under the ceiling of a residential house in Dongfeng township of Guiyang, Guizhou province, China.
Photograph: Stringer/Reuters

Crocus flowers bloom on the slopes of Alp Zavragia in the Swiss canton of Grisons, Switzerland.
Photograph: Arno Balzarini/EPA

from The Guardian UK