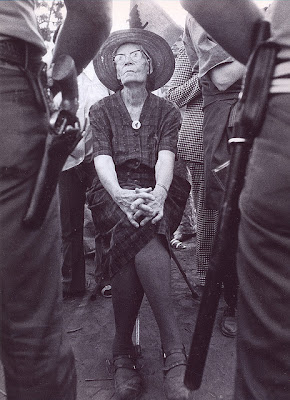 Dorothy Day on her chair-cane, in calm conversation with armed police just before her arrest picketing with striking farm workers
photo: Bob Fitch, 1971


I first met Dorothy Day a few days before Christmas in 1960 while on leave from the U.S. Navy After reading copies of The Catholic Worker that I had found in my parish library, and then reading Dorothy's autobiography, The Long Loneliness, I decided to visit the community she had founded. I was based not so far away in Washington D.C.


Arriving in Manhattan for that first visit, I made my way to Saint Joseph's House — then in a loft on Spring Street, on the north edge of Little Italy in the Lower East Side of New York City. Discovering that it was moving day, I joined in helping carry boxes from an upstairs loft to a three-storey brick building at 175 Chrystie Street, a few blocks to the east. Jack Baker, one of the other people assisting with the move that day, invited me to stay in his apartment in the same neighborhood. 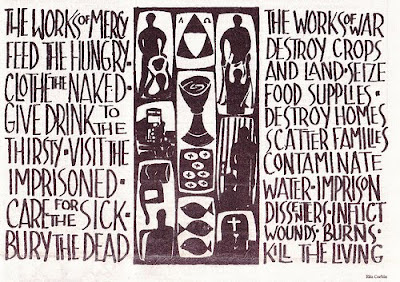 
A few days later I visited the community's rural outpost on Staten Island, the Peter Maurin Farm. Crossing Upper New York Harbor by ferry, I made my way to an old farmhouse on a rural road just north of Pleasant Plains near the island's southern tip. In its large, faded dining room, I found half-a-dozen people, Dorothy among them, gathered around a pot of tea at one end of the dining room table.


At the time, Dorothy was only sixty-three, though to my young eyes she seemed old enough to have known Abraham and Sarah. But what a handsome woman! Her face was long, with high, prominent cheekbones underlining large, quick eyes, deep blue and almond shaped, that could be teasing one moment, laughing the next, then turn grave an instant later. Her gray hair, parted in the middle, was braided and circled the back of her head like a garland of silver flowers. She had a fresh, scrubbed look with no trace of cosmetics. The woolen suit she wore was plain but well-tailored and good quality. (I only recently learned from her goddaughter, Johannah Hughes Turner, that her suit was probably a gift from her sister, Della Spier. "Dorothy was tall and hard to fit," Johannah told me. "Rarely did she find anything in the Catholic Worker clothing room that she could use. Della enjoyed dressing Dorothy and could afford to provide her with solid, classic suits and dresses.") 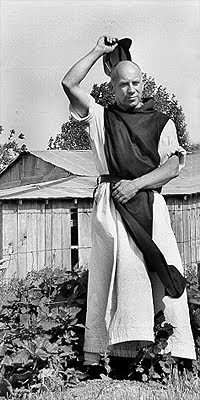 
I gave Dorothy a bag of letters addressed to her that had been received in Manhattan. Within minutes, she was reading the letters aloud to all of us.


The only letter I still recall from that day's reading was from Thomas Merton, the famous monk whose autobiography, The Seven Storey Mountain, had held many people in its grip, including me. In 1941, Merton had withdrawn from "the world" to a Trappist monastery in Kentucky with a slam of the door that eventually was heard around the world. I had assumed that he wrote to no one outside his family. Yet here he was in correspondence with someone who was not only in the thick of the world, but one of its more engaged and controversial figures. 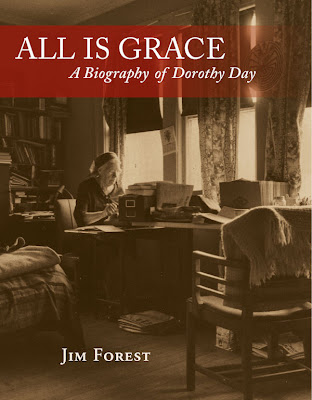 In his letter, Merton told Dorothy that he was deeply touched by her witness for peace, which in recent years had five times resulkted in her arrest and imprisonment for refusing to take shleter during civil defense drills. "You are right going along the lines of satyagraha [Gandhi's term for nonviolent action]. I see no other way. . . .Nowadays it is no longer a question of who is right but who is at least not criminal. . . .It has never been more true than now that the world is lost in its own falsity and cannot see true values. . . .God bless you." Ten months later, Merton published an essay in The Catholic Worker — "The Root of War Is Fear" — and immediately got into trouble with his religious superiors and others both inside and outside the monastery. 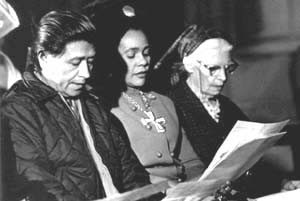 
Merton was one of countless people drawn to Dorothy and influenced by her. She had a great gift for making those who met her, even if only through letters or her published writings, look at themselves in a new light, questioning previously held ideas, allegiances and choices.


I was another of those whose life took an unexpected turn thanks to Dorothy Day. Five months after that first encounter, I was granted an early discharge from the Navy on grounds of conscientious objection. At Dorothy's invitation, I became part of the staff at Saint Joseph's House in New York.