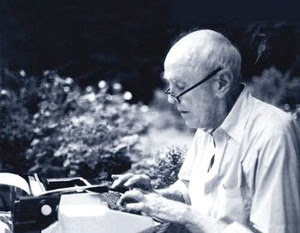 His middle name was "Keepers" and if anyone wrote as well from the middle west of America since Sherwood Anderson, it was William Keepers Maxwell. As an editor at The New Yorker for forty years his stable of authors included: Larry Woiwode, J.D. Salinger, Vladamir Nabokov, John Cheever, John Updike, Eudora Welty, and Welty spoke of her very close friend this way: "For fiction writers, he was the headquarters." She meant it, too.


Matthews was untouched by the Spanish influenza that slithered through his hometown of Lincoln, Illinois in 1918 when he was 10 years old. It infected 2000 and took away 100 lives. 600,000 were killed by the epidemic in all of the U.S. by year's end. Other losses came for the boy, including the early death of his mother; a suicide attempt by blade to his adolescent wrists and throat, by gum, this passionate reader of Elinor Wylie and Walter de la Mare after being stilted by his best friend for a girl he loved — and to think he grew up to have one of the most peaceful faces of anyone in American literature. His contribution there was six acclaimed novels, wondrous short stories (best read aloud), children's tales, reviews, and a memoir titled Ancestors (1972). And he had them. 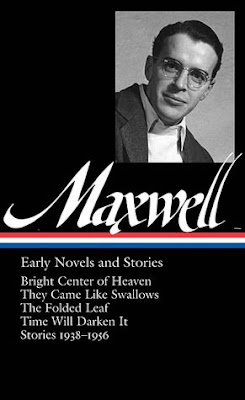 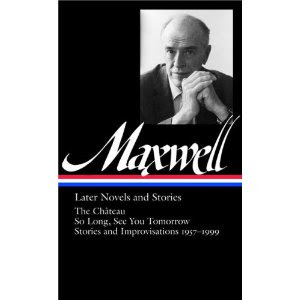 Preface to So Long, See You Tomorrow

When I was in the 7th or 8th grade the father of the boy in my class at school committed a murder. It was not a thing you could easily forget. The details floated around in my mind and were considerably altered, as is likely to happen with the memory carried over a period of many years. The first time I tried to deal with the situation in writing, it was in the form of a short story in which a boy was wakened out of a deep sleep by the sound of a gun going off inside the house. It was still dark outside. He heard his mother’s voice saying “Don’t!” and a second shot and then silence. He thought his father was away and that he was the nearest thing to a man in the house and must protect his mother. When he opened the door of his room the hall light was on and his father was standing there as if lost in thought. Indicating the room where he and the boy’s mother slept he said, “Don’t go in there.” After which he went from room to room turning on lights and opening and shutting drawers, and when finally he left, the boy summoned the strength to telephone his grandmother and say, “You have to come.” “Can’t it wait until morning?” she asked. And he said, “No.” He was waiting on the front steps when she got there, and told her about the shots and that his father had said he was not to go into the bedroom “Somebody’s got to do it,” she said. The milkman making his rounds in his wagon in the first morning light saw them, the old woman and the boy, standing on the sidewalk, and heard the old woman’s story and took them in his wagon to the police station. It was all very real to me, but when The New Yorker didn’t cotton to it, I concluded that I didn’t have the kind of literary talent that can deal at close hand with raw violence, and put the manuscript in a drawer. One day, sitting at my desk, I found myself thinking of the boy in my class, the actual boy, the murderer’s son, and how we met in the corridor of a high school in Chicago, and I saw that there was a possibility of a novel.


I remembered reading about the murder in the Lincoln Evening Courier but it turned out that their files did not go back that far. My cousin Tom Perry, who lives in Lincoln, got photocopies for me from the State Historical Society, and I was astonished to discover how far, in that short story, I had strayed from the facts. I have not departed from them in any way in So Long, See You Tomorrow. What I couldn’t find in the newspaper account or what nobody could tell me, I have permitted myself to imagine, but the reader has given fair notice that I am doing this.


Christopher Isherwood once observed that in a novel the first person narrator must be as solidly done as the other characters or there will be an area of unreality. One can think of exceptions — The Brothers Karamazov, for example — but anyway I thought he had something. If I followed his precept it meant that I had two stories on my hands, which must somehow be made into one. Since any prose narrative is open, during the writing of it, to all the winds that blow — to anything that happens to the novelist, to what he happens to read, to any new idea that comes into his head — it is likely to be affected to some degree by accident. One day, waking from a nap, I sat on the edge of the bed in a mild daze, staring at a row of books. Among them was a book about Alberto Giacometti. I opened it at random and found myself reading a letter from Giacometti to Matisse in which he described a love affair that took place while he was working on a piece of sculpture now known as “Palace at 4 A. M.” As literal autobiography I doubt if it is worth much, but it contained a perfect metaphor for what I wanted to say and a bridge between the two stories that made them hold together.


I came to have a considerable feeling for the farm boy whose character and daily life I invented. The actual boy who served as a model for him I knew only very slightly. After the novel was published I wondered if he (now, of course, an elderly man) would read it. Or if I would hear from him. I never did.