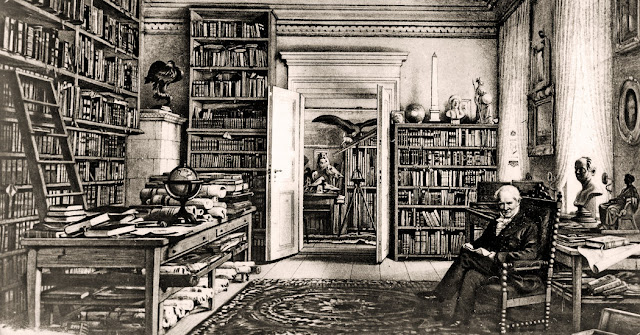 Alexander von Humboldt has been largely forgotten in the
English-speaking world. He was one of the last polymaths, and
died at a time when scientific disciplines were hardening into tightly fenced and more specialized fields. Consequently his more holistic approach — a scientific method that included art, history, poetry and politics alongside hard data — has fallen out of favour. By the beginning of the twentieth century, there was little room for a man whose knowledge had bridged a vast range of subjects. As scientists crawled into their narrow areas of expertise, dividing and further subdividing, they lost Humboldt's interdisciplinary methods and his concept of nature as a
global force.