President Barack Obama showed in his State of the Union speech tonight that he has the ability to be both the greater Democrat and greater Republican. Essentially nixing every Republican in the room, and most were sitting on their hands in childish defiance thinking not applauding sound and often conservative ideas was the proper response. It's amazing to watch what goodness applied by Obama, politicians on the Right just won't give back. It's schoolyard, it's petty, it's just the sort of leadership that will never work and is a sham. Only a gentleman like Obama would hold off reminding the seated group (both parties) they are the lowest of the low for public approval in our nation's history. Many of them should be yanked out of office as a bad warped board, bent nail, tapped out screw. With his dual carriage as a speaker in Democrat & Republican flair, President Obama emptied the room of dead souls and pretty much exposed what is running against him in the 2012 election: snake oil salesmen, fat cats, loud mouths, old fear and staged ideas. Plus a denial mean as war.

Right about now, you need this: 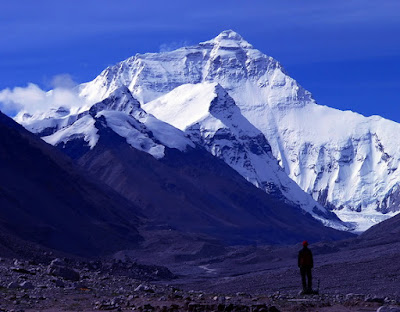 After Mt. Everest, the Bronx 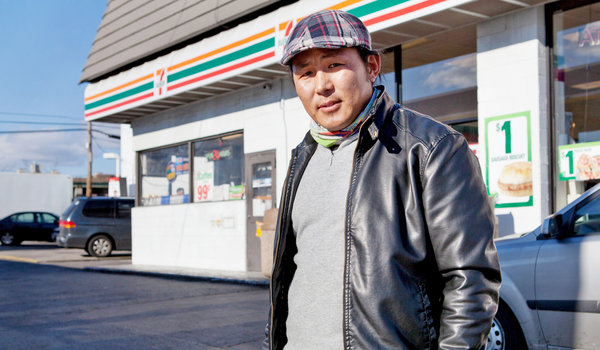 WHERE HE’S FROM Khumjung, Nepal

WHAT HE IS Mount Everest climbing guide and gas station attendant

TELLING DETAIL The Buddhist monastery in his home village proudly displays a scalp that, according to local lore, belonged to a yeti that befriended a local monk centuries ago.

JINPA SHERPA is unfailingly cheerful and helpful as he rings up your gas and coffee and lottery ticket at the Gulf station mini-mart on Leggett Avenue in the Hunts Point section of the Bronx.

And if you want to scale Mount Everest, he can help you with that, too.

“They are very different jobs; I realize this,” said Mr. Sherpa, 38, who, as his name implies, belongs to that renowned ethnic group of hearty mountain people from eastern Nepal known for their excellence as guides on Mount Everest and other Himalayan peaks.

In the mountains, Mr. Sherpa can spend months trekking over glaciers and negotiating ice falls and treacherous crevasses at nosebleed heights. His duties include scrambling ahead up snowy slopes, lugging heavy packs, setting ropes and tents, and heating hot noodles for climbers.

In the Bronx, he is a Sherpa of a different sort: furnishing fast food and daily necessities to truck drivers, warehouse workers and mechanics who seek sustenance from this base camp in the middle of a gritty industrial area.

Mr. Sherpa tends the dozen dispensers at the coffee island, replenishes the pizza under the heat lamp and straightens the shelves and condiment bins — all with the same dedication and care he employs on the mountain when checking his clients’ oxygen tanks and lifelines.

His mountain climber’s neck scarf bears the Tibetan and Nepali flags, and in his right ear is a small gold earring shaped like an ice climber’s pickax. Then there are his good cheer and compact build, for which the Sherpas are known, and the stocky legs that seem made for climbing.

Mr. Sherpa is one of the mountaineering world’s elite guides. He can carry loads at altitudes upward of 20,000 feet without collapsing from lack of oxygen. He has trekked up Mount Everest a dozen times and has reached the summit five times, putting him in rare company. But between guide jobs in the spring and fall, he often travels to the United States to find temporary work.

“For me, it is a way to learn about Western culture, and also make a little money to send my son to school in Katmandu,” he said. “Some of this is the same stuff I do on the mountain.”

Mr. Sherpa stays with Sherpa friends in Queens, where they gather in restaurants in Jackson Heights and enjoy spicy meals and butter tea. He rides three subway trains each morning to the gas station, where he works weekdays from 6 a.m. to 6 p.m.

Yes, he says, it is a long way from the top of the world to the bottom of the employment food chain, as the new guy working for meager wages. Customers and co-workers know nothing of his climbing career. Back in Nepal, Mr. Sherpa said, he earns about $4,000 to take climbers on a two-month trip up Mount Everest. Reaching the summit can bring a $1,000 tip.

Mr. Sherpa brought his climbing equipment to the United States and spent a few weeks ice climbing with friends in Massachusetts, and gave free climbing workshops. On weekends, he does a bit of climbing on the rocky outcroppings in Central Park, he said, standing near the Slurpee machine on Wednesday.

He walked outside near the gas pumps and flipped through photographs on his smartphone of himself at snowy heights. Mr. Sherpa grew up in Khumjung, a village roughly 12,000 feet above sea level and not far from Mount Everest. It is known for its mountain guides and its Buddhist monastery. Mr. Sherpa’s father, Mingming Tsering Sherpa, was a professional guide who also made a living by renting the family’s four yaks as transport. Mr. Sherpa attended a school financed by the Sir Edmund Hillary Foundation.

Mr. Sherpa began climbing Everest at age 12 with his father, but beginning in his late teens, he took eight years away from climbing to study to be a monk. He returned to climbing, which can be a spiritual pursuit itself, he said.

“When I’m climbing, my mind is very clear and happy — it’s like meditation,” he said. “You have to be focused enough to grab a tiny crack in the rock and trust it with your life, or drive your ax into the hardest spot in the ice.”

Mr. Sherpa, who has a five-year work visa, says that when the mountain finally wears out his legs and back, he will hang up his crampons, put the yaks out to pasture and, he hopes, become a full-time New Yorker. Now, however, he has an expedition booked for March, and the Sherpa of Hunts Point will go back to the Himalayas.