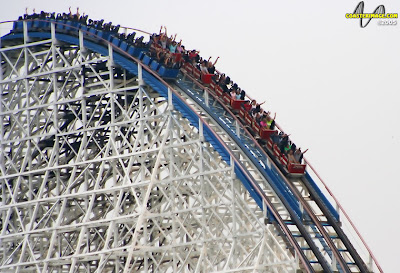 Summer, Saturday night — here's summer Saturday night in case you haven't felt it yet via Big Joe Turner. He was wide in girth and sang across the chasms. Took you into Sunday morning; took you to the Fourth of July. He'll bring it up in this song. 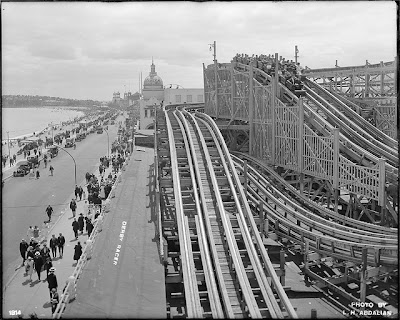 For American history sake, Henry David Thoreau moved to his habitat Walden Pond on the Fourth of July 1845. It was a small, self-built and well-built hut on land owned by Emerson in a second-growth forest around the shores of Walden Pond. The hut was in "a pretty pasture and woodlot" of 14 acres that Emerson had bought,1.5 miles from his family home. Think of that when crowded with heralders, noise, traffic, shoppers, fireworks, jams, bonanza wheeling & dealing. One of the great experiments in American history, so long ago, and today if you make a visit to the pond it doesn't look any older than you.


Play the song a few times. It's a rollercoaster. 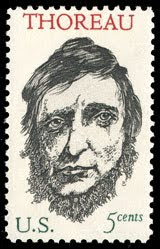 "I went to the woods because I wished to live deliberately, to front only the essential facts of life, and see if I could not learn what it had to teach, and not, when I came to die, discover that I had not lived. I did not wish to live what was not life, living is so dear; nor did I wish to practice resignation, unless it was quite necessary. I wanted to live deep and suck out all the marrow of life, to live so sturdily and Spartan-like as to put to rout all that was not life, to cut a broad swath and shave close, to drive life into a corner, and reduce it to its lowest terms, and, if it proved to be mean, why then to get the whole and genuine meanness of it, and publish its meanness to the world; or if it were sublime, to know it by experience, and be able to give a true account of it in my next excursion."
HENRY DAVID THOREAU
"Where I Lived, and What I Lived For"
Walden 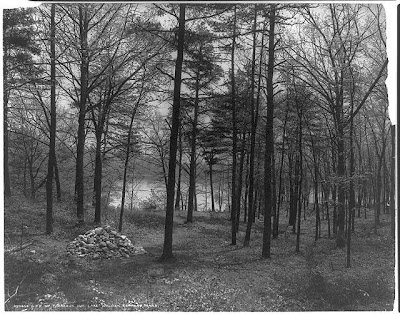 early 20th c. photograph of Thoreau's Walden site with stone cairn
(there to this day, enlarged, a stone at a time)