for J.D. who gifted us the tickets to ride
To be honest, I didn't want to know too much about this film. No previews thanks, see the film poster, 92 degrees out, duck into the air-conditioned theater and hideaway on water and islands and a little girl's dreams and nightmares and listening powers in Louisiana, with my own sweetheart. Both of us could detect Zora Neale Hurston's "Tea Cake" from one of her classic tales, none of it related at all but it's all related, and it's all just as powerful in this film. And by the way, there is no film like this one. Ever before. (We know, we film-fanatics). Even though "Wink" and "Hushpuppy" tell us all "No tears!" (don't cry), hang tough, life can be rotten and we've got to make it through etc. We all cry in this film. I cried through the entire film. So did my Sweetheart, and she cried later when she tried to explain why she cried. No need to explain. Even Marx and Engels would have cried, as they once described to us what a world this film is all about : "If man is shaped by his environment, his environment must be made human," from The Holy Family. If you don't get that, you don't get anything.


Go see this film if you can and don't even think to wait to catch it on DVD at home. It must be seen large and be able to roar in your ears. It must be seen with the world, meaning the people around you, weeping, stunned, sitting in their seats until every bit of the film credits roll on by. There is nothing magnificently cinematic about the film. It's far beyond the Woody Allen and Wes Anderson sort of films being hip and postured in other parts of the small multiplex theater. This film headlines no star names. Heralds no hype. It's just about the Earth — your last home. 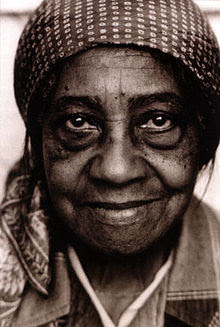 "Someone’s ability to bake doughnuts or laugh loud is just as good a reason to make them a dolly grip as their ability to push a dolly. I want to fill my life and my films with wild, brave, good-hearted people. Whatever amount of chaos and disaster that leads to doesn’t matter, because you’re going through it with the people you love, and in the end, no matter what, the movies come out wild, brave, and good-hearted; and that’s more important to me than smooth dolly moves.

This concept extended to every part of the process making BEASTS OF THE SOUTHERN WILD. My approach to making movies is about crafting an energy, a feeling, and a way of life that the people that make movies with me can live. It’s about inventing a reality and populating it with the best people I know. Most gloriously, in our casting process—where we chose Dwight Henry, from the bakery across the street, and Quvenzhané Wallis, from Honduras Elementary School to take charge of our heroes, Wink and Hushpuppy. Neither of them had any previous experience acting, but when you look in their eyes, you see fearless warriors, and you know they can do anything. Even though you then revise the script as you learn from the actors and settings along the way and change everything about your approach, it doesn’t matter, because those elements were superficial in the face of accurately capturing the fierce spirit that the film needed to articulate. That principle was applied to every decision. Are we going to create an interior water set? Or are we going to sea? Do we dress an accessible location to look like an island at the edge of the world, or do we go to the edge of the world? Do we dress an 11 year-old to look like she’s six? Or do we cast a six year-old? We tested the strength of the story and family that made it against every element that would try to break it.

In order to survive she has to find the strength of South Louisiana at the age of six. I put all the wisdom and courage I’ve got into her. She’s the person I want to be.

I got hooked on South Louisiana because this mentality is everywhere. I showed up for a short visit six years ago and I’ve been there ever since. It’s the home of the most tenacious people in America—an endangered species. And that fierceness was how I came to this story. With the hurricanes, the oil spills, the land decaying out from under our feet, there’s a sense of inevitability that one day it’s all going to get wiped off the map. I wanted to make a movie exploring how we should respond to such a death sentence. Not critiquing the politicians who have caused it, or calling to arms for environmental responsibility, or raising awareness of suffering, or any of that.

The real question to me, is how do you find the strength to stand by and watch the place that made you die, while maintaining the hope and the joy and the celebratory spirit that defined it? I found the answers in the ferocious people I cast in the film, and I found an incredible articulation of that story in my dear wonderful friend and co-writer Lucy Alibar’s play “Juicy and Delicious” —an apocalyptic comedy about a little boy losing his father at the end of the world. From the two of us, and with the spirit of Quvenzhané Wallis, came Hushpuppy. She’s a little beast who, in order to survive, has to find the strength of South Louisiana at the age of six. I put all the wisdom and courage I’ve got into her. She’s the person I want to be."

BEASTS OF THE SOUTHERN WILD 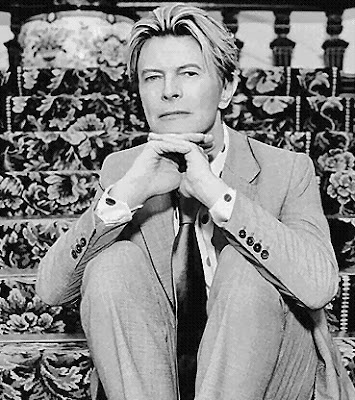