April 15th was a momentous day for us in the U.S. On that day two bombs exploded at the Boston marathon, killing three people. The atrocity was covered around the clock for weeks. I received e-mails from different friends in Iraq expressing their condolences and sadness. April 15th was also a momentous day in Iraq. I cannot help wondering how many people in the US heard about the eighteen bombs that went off throughout Iraq that same day. At least thirty-two people were killed. And on April random attacks left 111 Iraqis dead. On April 24th at least eighty-six were killed, and another ninety-six on April 25th. And this has been the reality in Iraq for over ten years now.

In the eight years since the onset of Operation Iraqi Freedom until the end of 2011, 4, 480 US troops have died in Iraq. This is a figure commonly cited in the US media. A figure we might not have heard is the following: 4, 471 Iraqi civilians died as a result of ongoing violence in 2012 alone.

[The following letter was written by Wendell Berry, author, farmer
and environmentalist, to John Held, in support of the campaign against
frac sand mining - Eds. note]

You have offered me the privilege of joining by letter with you and your friends in Winoa, Minnesota in opposition to "frac sand mining" and I am happy to accept.

I will say, first, that there is never, for any reason, a justification for doing long-term or permanent damage to the ecosphere. We did not create the world; we do not own it, and we have no right to destroy any part of it.

Second, most of our politicians and their corporate employers are measuring their work by the standards of profitability and mechanical efficiency. Those standards are wrong. There is one standard that is right: the health of living creatures and the living earth.

Third, we must give our need to eat, drink and breathe absolute precedence over our need for mind fuels.

I wish you well.

from The Catholic Worker, August-September 2013 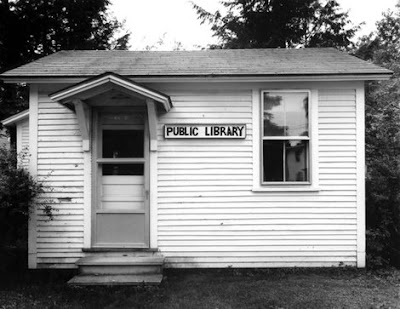 However, other times there’d be a book I’d start reading and couldn’t put down. Here, for example, is the opening of one called Business be Damned—not a very promising title—by someone called Elijah Jordan, published in 1952 by Henry Schuman, New York, and presented at some unknown date to the library of Southwestern University in Georgetown, Texas by its original owner, Dr. Joe Colwell, and subsequently removed from their collection:

"There have always been businessmen and business in the world. But never in history till today was business accepted as a morally honorable activity for men; never before was the businessman permitted to dominate the affairs of men. Today the rule of the businessman, accepted, justified and glorified, has become undisputed and absolute.

Until lately, however, the activity of the businessman has always been questioned as to its moral rightness. The formulation of this doubt has been the negative or critical premise upon which every developed moral system and every cultured religious system has been founded. The new fact, therefore, in what is called modern civilization, is the acceptance of business activity as morally honorable, the approval of the capacities and the characteristics of the businessman, and the assumption that these capacities are appropriate for rule and control of human affairs."

This is extraordinary, I said to myself. Jordan (1875-1953), who was a professor of philosophy at Butler University for many years, saw the writing on the wall, pointing out already back then that business had become the dominant force in our lives with all other human interests in this country subservient to it. Religion, politics, government, morality, art were all being asked to acknowledge its absolute right and absolute power to be the final arbiter.

If he came back from the dead today, Jordan would be surprised that his fellow Americans still haven’t caught on that they are being taken to the cleaners. On the contrary, many of them now believe that the solution to all our problems, be it failing schools or expensive healthcare, is to hand over every publicly run institution to profit-seeking private companies, which, thanks to their knowhow and the magic of the free market, will save tons of money for the tax payers. This is what is known as “privatization” today, the scam that makes everything from private prisons, the vast growth of our surveillance state, and our global military presence, a hugely lucrative enterprise. Voters, one can’t help but conclude, no longer seem to have any problem with fortunes acquired dishonestly and at their expense, some of them even going into huge debt to send their sons and daughters to prestigious business schools so they can go to work for these hucksters and emulate their success. 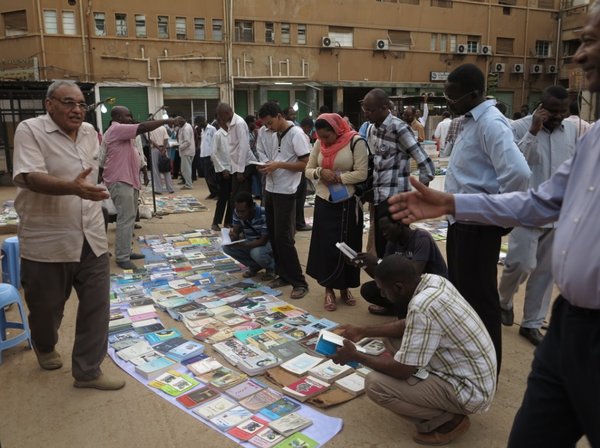 KHARTOUM, Sudan — On the corner of an old colonial building in downtown Khartoum sits the city’s oldest bookstore, Sudan Bookshop. It was established in 1902, three years after Britain established control over Sudan, and for a long time it was a magnet for the city’s civil servants, politicians and intellectuals.  (read more...)