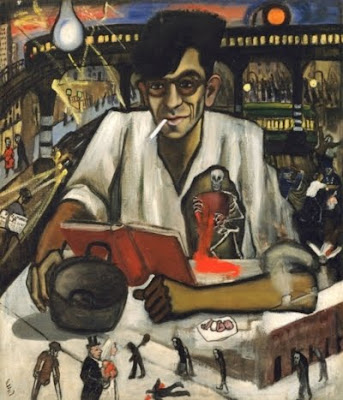 
The great American Depression poet Kenneth Fearing was in his roaring early thirties when Alice Neel sat him down for his portrait. Amazingly, the elder painter, long after Fearing was gone, would appear on talk shows like Johnny Carson's forty years later and speak about her portraits and hardy survival. Fearing was one more of the Oak Park~Illinois wonders, born in the summer of 1902 and gone in the summer 1961. Melanoma. He battled years of alcoholism. His poems are terrific, pulp novels gripping (often penned under the name Kirk Wolff), and one or two down to earth classic thrillers like The Big Clock (1946) have been left with us. As fine a film as it is a book. Ray Milland. Charles Laughton. Directed by John Farrow. Top drawer. For the usual literary legacy note, Fearing was the founding editor of The Partisan Review.


WHAT IF MR. JESSE JAMES SHOULD SOME DAY DIE?

Is there anything left for the people to do, is there
-----------anything at all that remains unsaid?

No more breadlines. No more blackjacks. No more
-----------Roosevelts. No more Hearsts. 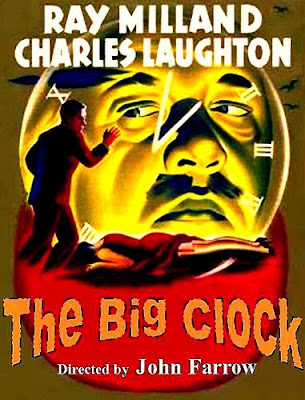