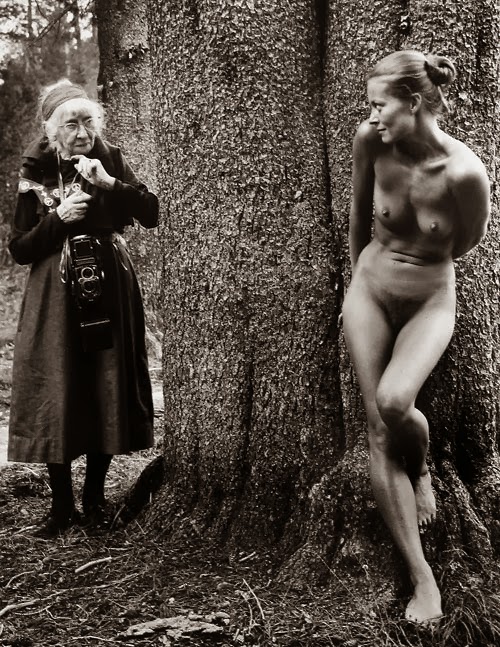 Born in Portland, Oregon in 1883, Imogen Cunningham bought her first camera when she was eighteen years old — a 4 x 5 inch view finder — although she lost interest with her first fling as a photographer, she picked the camera up again in 1906 after an encounter with the work of Gertrude Kasebier. By the next year she was working with ethnologist and photographer Edward Sheriff Curtis in his Seattle studio. A life of photography ensued — brilliant botanical pieces, nudes, portraits, wild and industrial landscapes. A fascinating long life, the photographer passed away in San Francisco in 1973. 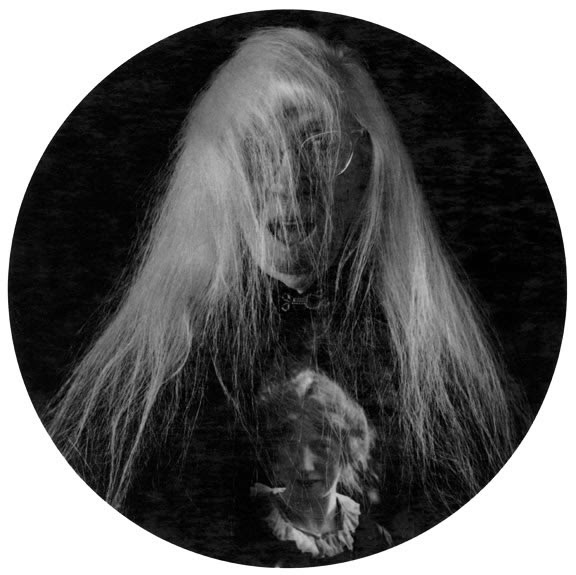 Self-Portrait With Grandchildren in Funhouse, 1955

Sherwood Anderson and Elizabeth Prall, about 1923