"A Star goes through me in its
orbit" ~ 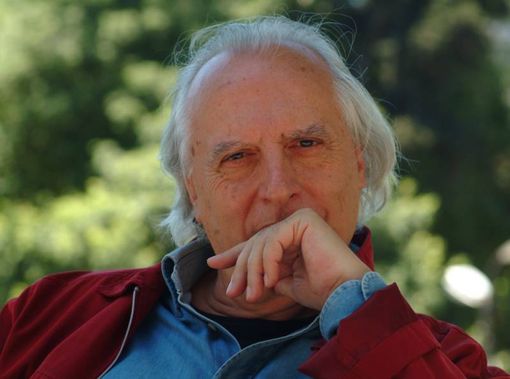 
Look for Turtle Island
it's near, it's near
where the red fir trees and the snow
draw faces of feather


Look for Turtle Island
it's near, it's near
where the mountain lions are
and the falcons and the pumas


On Forty-fifth Street
the god Tezcatlipoca stretched out
his palms on the sidewalk, drank
alone from a beer can.


Look for Turtle Island
it's near, it's near
where giant willows spread
along the road to Saratoga Springs


On Forty-fifth Street
there was the corpse of a cat
flattened, wet on the asphalt,
colorless, indomitably haughty.


Look for Turtle Island
it's near, it's near
where the spiders' market
covers the black hillside


where the only survivors
shimmer motionless on the horizon,
where pyramids collapse
amid the budding branches of a grove


where rivers have stirrups and bridles
of light, where axes
cut waterfalls at the root and foam
where trout and salmon run


On Forty-fifth Street
there were gratings, abandoned cars,
gutted buildings, viaducts,
and on the gratings Aztec warriors ascended —


the blue blossoms of the morning glories.


Look, Turtle Island
is near, is near

GREETINGS TO MY AMERICAN READERS ~


From these Mediterranean shores, on a day when the sun rests on
the sea and these hills are tinged with gold, I send my greetings to
the American readers who will come upon this book. A book
written by a man of the Mediterranean who has often turned his
eyes and his footsteps toward the north, toward the ocean. I am
now fascinated by the idea that my book has crossed that ocean
and that thanks to the time—consuming, passionate work of Laura
Stortoni, it has found new clothing in its English translation,
beginning a new life in the Bay Area, precisely the region to
which I am tied by dreams, friendships, and memories.

When I visited San Francisco for the first time in 1985, I went
into City Lights Bookstore as if on a pilgrimage: I could never have
imagined that just a few years later, I would enjoy friendly conversations
with Lawrence Ferlinghetti in a nearby cafe, that I would
travel through New Mexico, visiting Albuquerque, Santa Fe, Taos
and Taos Pueblo, until I found the ranch and grave of D.H. Lawrence.
Later I returned, as if the United States, the boundless home of the
new muses, attracted me like a magnet, as if a part of my inner life
were unfolding there. In "Salut au Monde" Walt Whitman exclaimed,
"Oh take my hand" with his powerful and blessed voice. So "take me
by the hand" and hear my greetings to you, readers of the New World,
so distant and yet so like brothers and sisters to me.