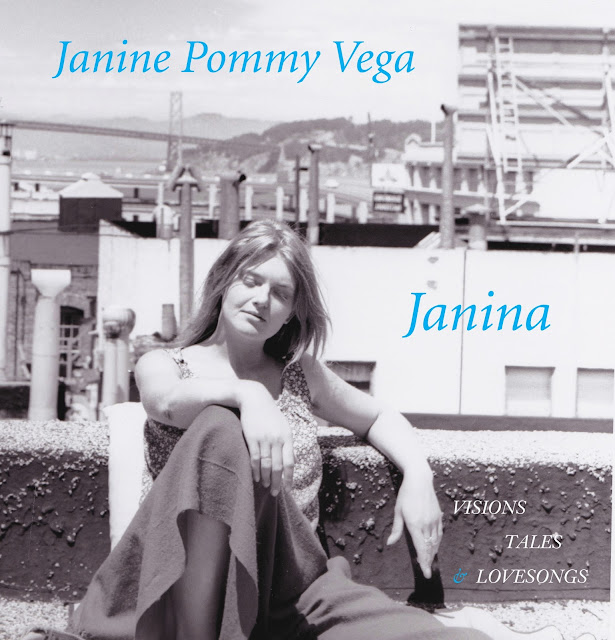 Buy now through easy-to-use Paypal, US Orders, $33.95
Please use our email address of
longhousepoetry@gmail.com
or we can invoice you, with thanks


"Generally speaking, of the so-called ‘Beat Generation’, it is the names and creativity of its male protagonists that are most familiar to us, and whose lives and works have been extensively documented, lionised, and mythologised.  But there were also, among this company of free-thinkers-and-livers, women too.  Lovers, wives and partners, surrogate mothers, and sisters, some of whom tried to keep hearth and home in some kind of order midst the turbulence of the wake created by the trajectories of the lives of those they loved.

Among the women who were part of, or associated with this group of poets, writers, painters, musicians, street-vagabond-drug addicts, outsiders and hobos, was an angel of the edge.  One who put herself out there where many an angel would have feared to have trod.  Her name was Janine Pommy Vega, who, as a very young woman became close friends with most of the prominent members of this older generation of ‘Beats’, who bedded her, initiated her into drugs, and more importantly tutored her in literature and thought, and a way of life that was a riposte to the stifling and meaningless materialism of the conventional bourgeois lives they were born into.

Janine, or Janina in Polish, blossomed within this creative coterie, into a fine poet, writer, traveller, lover, sometimes-recluse, and quester for the truth of herself, in the form of love, both in the human realm among her many male muses, and in her search of the embrace of the Absolute or Divine.  The insistence of her ‘chosen’ path, that had actually chosen her, was the need for her to constantly travel to the edge; to put herself at risk; to test every sinew and thought in her enquiry into her own nature through the art of living and the craft of poetry.  In her pursuit of this knowledge, she travelled widely, both terrestrially around North and South America, Europe and Scandinavia, giving readings, writing, teaching, meditating and generally hanging-out; and into those deep hinterlands within her own consciousness.  All the while an enquirer, an observer, experiencing both realms with her intellectual, emotional and spiritual antennae ever-sensitive to the world around her – both the visible and the invisible.  Making home wherever her path took her, “…for home is a far place, and the place at hand.  I carry them with me, my home and my wanderings.”

Here in this beautiful book – a tribute to Janine – designed and produced with the care and attention of ones who were intimate friends of hers, Bob and Susan Arnold at Longhouse Publishers, we find writings, papers, notebooks and photographs left after her death.  To read the contents and look at the photos, is like peering onto the desk and into the drawers of Janine’s own workspace.  Here is the poet’s temenos, with the evidence of the processes of her thinking, recalling, creating, adjusting and rewriting.   Occasionally with offcuts of her craft left lying about the place, marking her path – her heroic journeying towards catching a glimpse; a reflection; an echo of her true nature.

Love was her vocation, both in her finite relationships with others, and finally in the infinite embrace of the Other.  Each dwelling within the learned recognition and acceptance of herself.  A beautiful woman poet who experienced that divine affliction – that ‘fine madness’ – the temptation to BE.  As she herself wrote; “…the woman Ferocious in her heart for love/And Poet, blessed with the necessity to go on seeking…”

Labels: Beat Generation, Bob Arnold, Janine Pommy Vega, Longhouse Books, Malcolm Ritchie
Newer Post Older Post Home
A poem (or more) will be offered by the hour or with the day and at the very least once a week. So stay on your webbed toes. The aim is to share good hearty-to-eat poetry. This is a birdhouse size file from the larger Longhouse which has been publishing from backwoods Vermont since 1971 books, hundreds of foldout booklets, postcards, sheafs, CD, landscape art, street readings, web publication, and notes left for the milkman. Established by Bob & Susan Arnold for your pleasure.
The poems, essays, films & photographs on this site are copyrighted and may not be reproduced without the author's go-ahead.
Write Bob or the Bookshop