SPY OF THE FIRST PERSON ~ 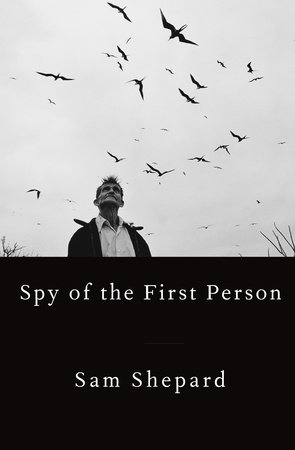 Yes, the new Shepard book is quite good, he has refined the writing
or his poor health has done it for him.
No more time to diddle around.
He’s more like Issa here.
He goes back and forth in almost a dreamscape between himself (the injured)
and watching himself from a short distance
plus it seems memory of an earlier life and love
and her awful sickness and early death.
The ending is strong and clear-sighted and tragic.
He ends with his dignity.
I was in two fine bookshops yesterday, neither had the book,
but perhaps both shops have already sold out.

Labels: Sam Shepard (Spy of the First Person)
Newer Posts Older Posts Home
Subscribe to: Posts (Atom)
A poem (or more) will be offered by the hour or with the day and at the very least once a week. So stay on your webbed toes. The aim is to share good hearty-to-eat poetry. This is a birdhouse size file from the larger Longhouse which has been publishing from backwoods Vermont since 1971 books, hundreds of foldout booklets, postcards, sheafs, CD, landscape art, street readings, web publication, and notes left for the milkman. Established by Bob & Susan Arnold for your pleasure.
The poems, essays, films & photographs on this site are copyrighted and may not be reproduced without the author's go-ahead.
Write Bob or the Bookshop