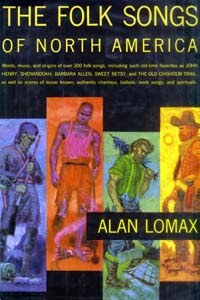 FARMS GOT SO POOR "IT TOOK TWO ROOSTERS TO CROW ONCE"

"Hard luck just runs in my family. I mind the time I couldn't even buy a hen and a chicken. Decided to kill myself. Scared my old pistol wouldn't work, so I bought me a gallon of kerosene, a piece of rope, bottle of rat poison. Rowed down to the lake to where some trees hung way out over the water.

So I stood up and tied the rope round my neck. Bid farewell to this hard old world. Poured kerosene all over myself, et that rat poison and set my clothes afire, figgerin' I'd shoot myself just when I kicked the bat out from under my feet.

But that durn pistol shot the rope in two. I fell in the river and put out the fire on my clothes and got to stranglin' and chokin' that water, and throwed up the poison. Well from that I figgered my luck was changin', so I swum out and put up for the legislature. Durned if I didn't get elected, too!"

(and I believe we saw some of his younger relatives in the U.S. House of Representatives during the impeachment hearings for Donald J. Trump; in fact, I know we did.) 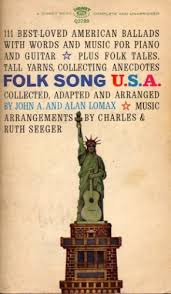 treated me better and settled down around my shins finer than

Alan Lomax's The Folk Songs of North America. My copy

is a hardcover still in its decorative dustjacket and the boards

a slate shingle from an old pile instead of a book. Lord knows where

I ever found the book — I first read Folk Song USA (John and Alan Lomax, the power house

father and son team of traveling sleuths and field recorders)

through this book and the North America bible.

Since Lomax believed the folk song was aligned with

struggle is truly revealed. In the above players mentioned, Dylan's masterpiece

jukebox, and we haven't even touched down into the rich gardens this book

gives (there are 300 songs) through original work by the likes of Merle Travis,

this book is the people's history of the United States.

Labels: Alan Lomax, American Folk Song, Bob Dylan, Harry Smith, John Lomax, Lee Morris
Newer Posts Older Posts Home
Subscribe to: Posts (Atom)
A poem (or more) will be offered by the hour or with the day and at the very least once a week. So stay on your webbed toes. The aim is to share good hearty-to-eat poetry. This is a birdhouse size file from the larger Longhouse which has been publishing from backwoods Vermont since 1971 books, hundreds of foldout booklets, postcards, sheafs, CD, landscape art, street readings, web publication, and notes left for the milkman. Established by Bob & Susan Arnold for your pleasure.
The poems, essays, films & photographs on this site are copyrighted and may not be reproduced without the author's go-ahead.
Write Bob or the Bookshop