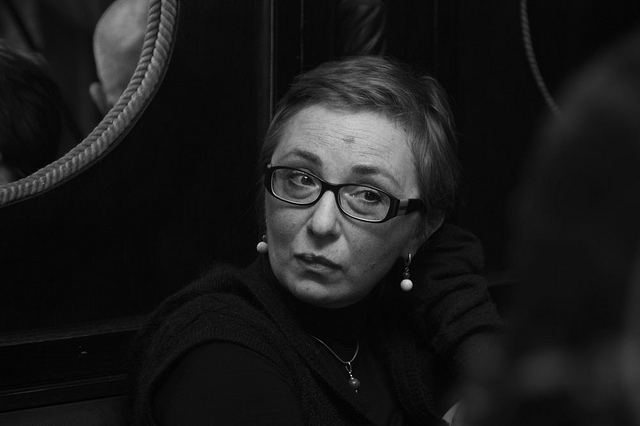 They lie down together.

They don't give a damn about anyone,

About themselves for that matter.

It's all the same to them.

They lie down on the bottom.


They sit in a circle,

They lie down on the snow,

They lie down crown to crown.

As if on chalk water,

As if in a world at war.

They lie down without words,

They kiss on the eyes,

They don't remember why,

They leave no trace.

Nothing keeps them in place:

Not honor, not valor, not duty.


For them cities are voids,

The air returned the embrace

Of their midnight wings.


On the whole, they lack strength.

No justification at all.

Nothing other than water

That will carry their features away.

translated from the Russian by Genya Turovskaya

Elena Nikolayevna Fanailova is a Russian poet. Born in Voronezh in 1962, she graduated from the Voronezh Medical Institute and earned a degree in journalism from Voronezh State University. She worked for six years as a doctor at Voronezh Regional Hospital.