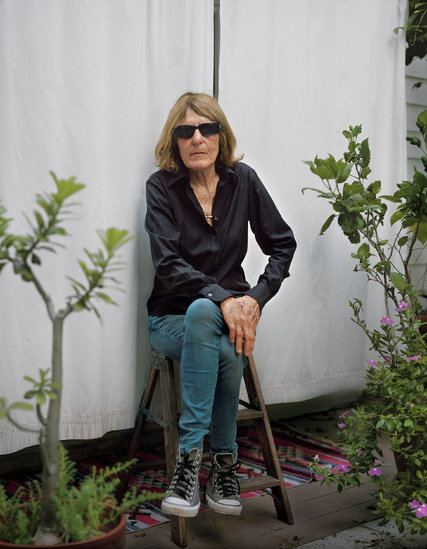 If there is a crash at an American airport, the wreck-
age is removed immediately so as not to alarm the
passengers on the flights that will come after.

This is not true at Russian airports.

While at some airports in the major cities, such
as Moscow or Saint Petersburg, the wreckage might
be taken away quite as if nothing had occurred, small
runways in Siberia are littered with failed flights,
their rusting hulks simply pushed to one side.

On a recent flight from Nome to Chukotka, the
woman in the seat opposite us bench quite agi-
tated as we dropped rather peremptorily through
the dark skies. She began loudly praying to God for
deliverance. My companion remarked that her fear-
vent request was useless, as God had long ago turned
His great back on Russia. She might just as well
have prayed to the luxurious black sable coat that
enveloped her from chin to ankle. We had earlier
been half-hypnotized by its beauty, what my com-
panion had dared to describe as the glimmering,
endless depths in the fur of so many little animals.

A much-admired artist was giving a lecture to a
large audience. His work was known for its peculiar
cold beauty and its intellectual craftsmanship. He
was the recipient of many awards and honors, He
had received the Academia Nazionale dei Lincei's
Antonio Feltrinelli International Prize and Grand
Prix des Biennales Internationales. He was named
Chevalier de l'Ordre des Arts et des Lettres by the
French Ministry of Education and Culture.

At the point in his lecture where he was say-
ing that the representative element in a work of art is
always irrelevant, that for one to appreciate a work of
art one must bring to it nothing from life, no knowledge
of life's affairs and ideas, no familiarity with its emo-
tions and desires, he was seized by the most stupefying
boredom and he had to leave the stage.

The Lord was in a den with a pack of wolves.

You really are so intelligent, the Lord said, and
have such glorious eyes. Why do you think you're
hounded so? It's like they want to exterminate you,
it's awful.

Well, sometimes it's the calves and the cows, the
wolves said.

Of those maddening cows, the Lord said. I have
a suggestion. What if I caused you not to have a taste
for them anymore?

It wouldn't matter. Then it wold be the deer or
the elk. Have you seen the bumper stickers on the
hunters' trucks —DID A WOLF GET YOUR ELK?

I guess I missed that, the Lord said.

Sentiment is very much against us down here,
the wolves said.

Thank you for inviting us to participate in your
plan anyway, the wolves said politely.

The Lord did not want to appear addled, but
what was the plan His sons were referring to exactly?