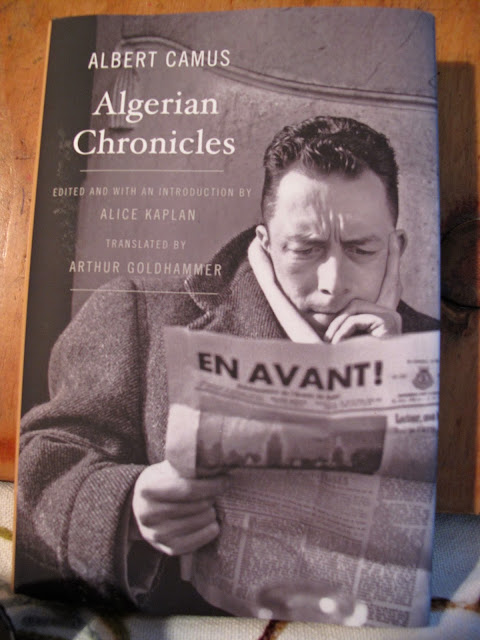 "Albert Camus was born in Mondovi in 1913 to a mother of Spanish origins who was both deaf and illiterate. His father died in the Battle of the Marne when Camus was barely a year old. Young Camus grew up in a three-room apartment in the working-class Belcourt neighborhood of Algiers with his domineering grandmother, his silent mother, who supported the family by cleaning houses, his brother Lucien, and his uncle Etienne, a barrel maker. A grade school teacher, Louis Germain, recognized his talent and saw him through to the lycee, and after completing his under-graduate studies in philosophy at the University of Algiers, with a thesis on Plotinus and Saint Augustine, he turned to theater, to journalism, and to the literary career that led him to Paris, the anti-Nazi resistance, and the many books we know, until his life was cut short by a car accident in 1960, when he was forty-six years old. Long after Camus left Algeria, his writing remained imbued with his intense love of Algerian landscapes — the mountainous Kabylia, the Roman ruins of coastal Tipasa, the shining port of Algiers, and the modest blue balcony of his mother's apartment on the rue de Lyon. Those places were his wellspring."


~ from the introduction by Alice Kaplan