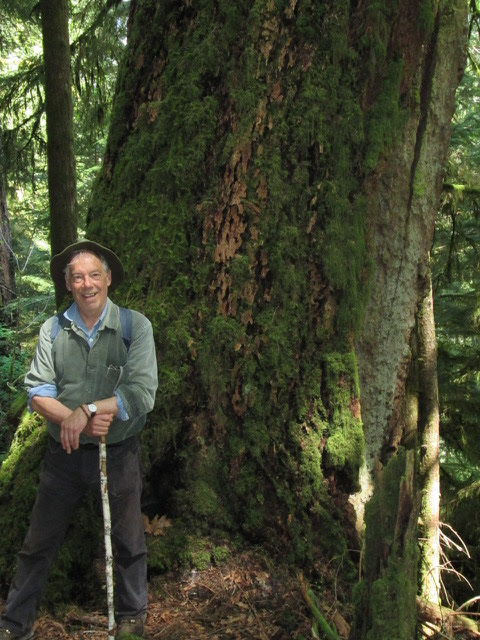 We lost Mike O'Connor out in his naive land

of the Pacific Northwest — but then the Far East

could also be said to be Mike's native place as well —

sometime this month. I was just receiving the news

from a mutual friend who also sent to me this photograph

of Mike titled "Mike/Old Growth" when we got slammed

up and down in Vermont with a heavy wet snowfall and

was no access to nothing except the snowmelt pools

dishes, something Mike would well understand.

Mike's book of poems The Rainshadow remains one

of my standby classics — built, indeed, out of old growth.

How do you not fall for a guy who looks 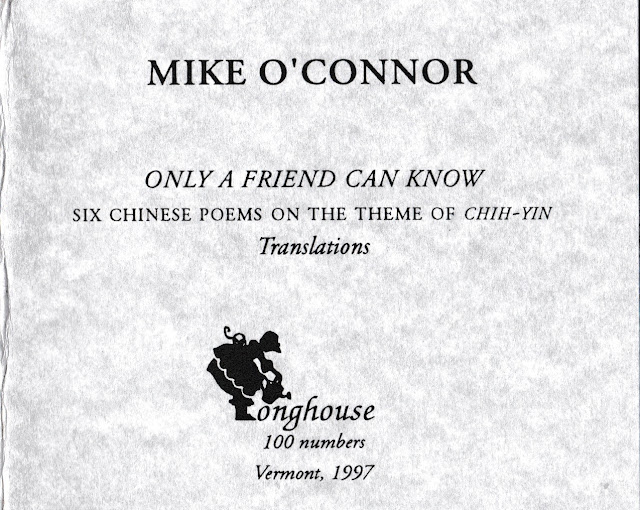 Labels: Chinese Poetry, Mike O'Connor, Pacific Northwest
Newer Posts Older Posts Home
Subscribe to: Posts (Atom)
A poem (or more) will be offered by the hour or with the day and at the very least once a week. So stay on your webbed toes. The aim is to share good hearty-to-eat poetry. This is a birdhouse size file from the larger Longhouse which has been publishing from backwoods Vermont since 1971 books, hundreds of foldout booklets, postcards, sheafs, CD, landscape art, street readings, web publication, and notes left for the milkman. Established by Bob & Susan Arnold for your pleasure.
The poems, essays, films & photographs on this site are copyrighted and may not be reproduced without the author's go-ahead.
Write Bob or the Bookshop