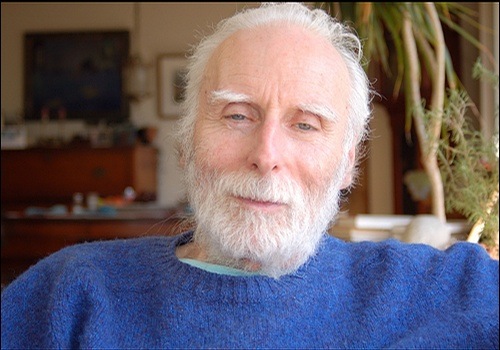 I never thought Michiko would come back

after she died. But if she did, I knew

it would be as a lady in a long white dress.

It is strange that she has returned

as somebody's dalmatian. I meet

the man walking her on a leash

and I stoop down to calm her. He said

other people. Sometimes she is tethered

on their lawn when I go by. If nobody

is around, I sit on the grass. When she

finally quiets, she puts her head in my lap

and we watch each other's eyes as I whisper

in her soft ears. She cares nothing about

our mystery. She likes it best when

I touch her head and tell her small

things about my days and our friends.

That makes her happy the way it always did.

I started to type out a poem by Jack Gilbert today — in fact, two poems,
and I was going to tell you how the first poem, no need to say which poem,
after typing five lines and more to go, vanished before my eyes. I touched no buttons
but anyone who knows computer mechanics knows full well a button or something had to
have been touched for the poem to vanish. No, the poem simply vanished, probably because
someone wanted this to be so. I let it be so. I started on a second poem and the same disappearance occurred. I then made my way through a third poem, the one here for us.

Labels: Jack Gilbert
Newer Posts Older Posts Home
Subscribe to: Posts (Atom)
A poem (or more) will be offered by the hour or with the day and at the very least once a week. So stay on your webbed toes. The aim is to share good hearty-to-eat poetry. This is a birdhouse size file from the larger Longhouse which has been publishing from backwoods Vermont since 1971 books, hundreds of foldout booklets, postcards, sheafs, CD, landscape art, street readings, web publication, and notes left for the milkman. Established by Bob & Susan Arnold for your pleasure.
The poems, essays, films & photographs on this site are copyrighted and may not be reproduced without the author's go-ahead.
Write Bob or the Bookshop