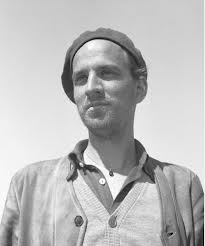 When I am insulted, for some reason or other it is always good while before I am annoyed. But after about an hour I do invariably begin to feel gradually more and more annoyed.

When I saw Rodin's Count Ugoli—or rather, a photograph of the Count Ugoli—certain homosexual passages in my life suddenly came into my mind.

When I look at trees, it seems to me quite unbelievable that I, like any other human being, have a front and back side.

Sometimes I become a tyrant and want to see large numbers of men and women eaten by lions and tigers. But the mere sight of a bit of bloodstained gauze lying on a surgical tray gives me a sudden feeling of physical indisposition.

I sometimes feel about other people that I should be glad if they were dead, and some of the people about whom I have felt this were my nearest relations.

I have no conscience of any kind, not even an artistic conscience; but nerves I have in abundance.

I am entirely devoid of hate, but I make up for this from time to time by outburst of contempt.

I know by experience that among my own characteristics the one that fills me with the greatest loathing of myself is the fact that I find falseness everywhere. Moreover, I do not, even at the time, get the slightest feeling of satisfaction by these discoveries.

I listen very closely to the way different sorts of people speak. For example, the way the boy from the fishmonger's says konnichi wa (good morning). He doesn't end it with a vowel sound, but says something more like konchiwaas. I don't know why he puts this unnecessary s at the end of the word.

I am not merely one person. I am a son, a landlord, a male, in my view of life a realist, by temperament a romantic, in philosophy a sceptic, and so on. There's nothing particularly inconvenient about this. Yet I am tormented by a perpetual conflict as to which of these is really me.

Whenever I get a letter or anything else from a woman whom I do not know, I cannot help beginning at once to wonder whether she is good-looking.

All words go in pairs that are like the head and tail of a coin, I call so-and-so pretentious; but that does not mean that in the relevant respects he is at all different from me. When I behave in the same way I am only showing a decent amount of self respect.

When I go to a doctor, I never succeed in telling him anything definite or precise. With the result that I come away feeling that I have simply been shamming.

In proportion as I move away from where I am living, I feel my identity growing dimmer and dimmer. This phenomenon seems to begin as soon as I am about thirty miles from home.

My spiritual life never goes smoothly forward, but progresses in jumps, like a flea.

When I meet anyone I know by sight, I always bow. If he does not notice that I am doing so, I have a feeling of being out of pocket.

Akutagawa Ryunosuke was a prolific and intensely original writer whose influential career came abruptly to an end when he committed suicide at the age of thirty-five. This fragment, written shortly before his death, is one of his few autobiographical writings.