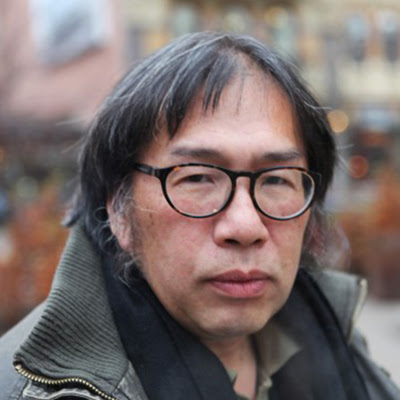 an ant dies, and no one mourns

a bird dies, and no one mourns if it isn't a crested ibis

a monkey dies, and monkeys mourn

a monkey dies, and people pry open its skull

a shark dies, and another shark keeps swimming

a tiger dies, and some people mourning are mourning themselves

a person dies, and some people mourn and some even applaud

a country dies, most of the time just leaving apocrypha

a country that doesn't leave apocrypha wasn't a real country

if it wasn't a real country, when it dies no one mourns

no one mourns, and the wind blows in vain

rivers flow in vain, washing over rocks in vain

the river dies, and it's not for man to mourn

the wind dies, and it's not for man to mourn

the river and wind make their way to the sea together, the sea as vast

the vast sea dies, and you will have to die

the dragon king dies, and you will have to die

the moon doesn't mourn, there's no one on the moon

the stars don't mourn, the stars aren't flesh and blood

Bloom and Other Poems

translated from the Chinese by Lucas Klein

Labels: Chinese Poetry, Lucas Klein, Xi Chuan
Newer Posts Older Posts Home
Subscribe to: Posts (Atom)
A poem (or more) will be offered by the hour or with the day and at the very least once a week. So stay on your webbed toes. The aim is to share good hearty-to-eat poetry. This is a birdhouse size file from the larger Longhouse which has been publishing from backwoods Vermont since 1971 books, hundreds of foldout booklets, postcards, sheafs, CD, landscape art, street readings, web publication, and notes left for the milkman. Established by Bob & Susan Arnold for your pleasure.
The poems, essays, films & photographs on this site are copyrighted and may not be reproduced without the author's go-ahead.
Write Bob or the Bookshop