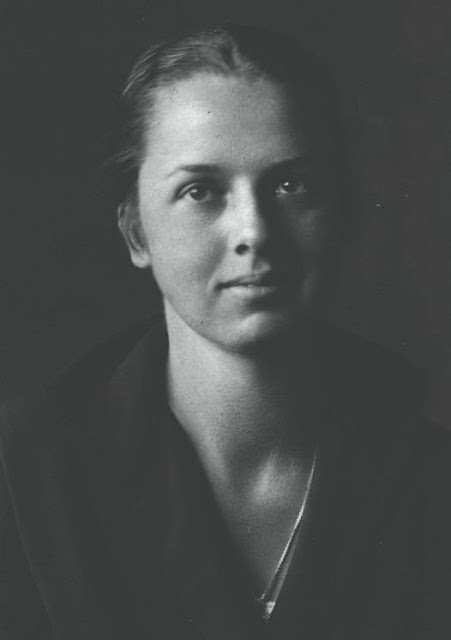 Something unique happened years after the first edition of On Stone was published and the book was floating along the edges of going out of print. A friend was in Maine and had access to some of the private library of author and homesteader Helen Nearing. This was on the coast of Maine, where Helen had gone after leaving years of homesteading in Vermont with her pioneer husband, the social and political activist Scott Nearing. Both Helen and Scott Nearing were stone builders. When On Stone appeared, I sent Helen Nearing a copy and in typical barter trade-off, she sent me back her book Our Home Made of Stone. Scott Nearing had now been dead almost ten years. She inscribed the book to me and also thanked me for the copy of On Stone. I had no idea until twenty years later, how extensively she read my book when my friend found Helen’s copy and sat himself down with the book and went through every page, jotting down by hand all of Helen’s notes and underlining she made in the book. About this book you are holding. The first forty chapters. Here are her notes.

“Dear Bob…I ran into HN’s (Helen Nearing) copy of “On Stone” and she underlined things — so for your archives”:

page 5 — “Otherwise, the hut is laid dry, the way I liked to work with stone.”

page 14 — “The big ones you tip the wheelbarrow on its side …to move,  carefully.”

a) “A stonemason gets enjoyment looking at stonework, it’s in the blood.”
b) “stone for the right stone to fit that crack.”

c) “From looking for the stone…selecting another.”

page 18 — “After awhile it becomes a coordination…like nothing could.”

page 22 — “I was sitting in the car and he was about to follow …into the house that summer.”

page 27 — “Since I’m not a purist and needed stone…I had to harvest stone.”

page 40 — “The hut is now a personality…and it will return the favor.”

pages 51-53 — HN has underlined THE ENTIRE PAGES from: “Books. …It keeps the appetite whet.”

page 56 — Helen’s “ ! ” next to: “light blue windows” (Scott Nearing and Helen Nearing used blue between the rafters in both stone houses, I’ve tracked this to Ernest Flagg’s Stone Houses, ed.)

page 57 — “In the woods I was taking from walls other men built.” 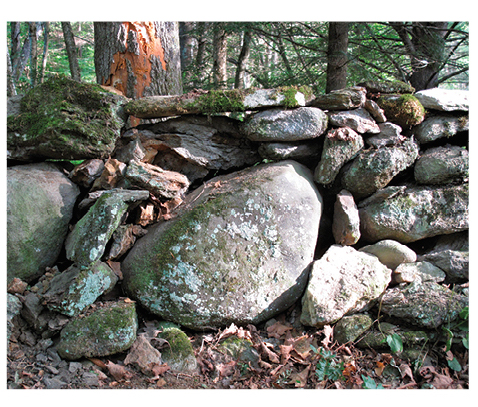 a) “a third of that time was spent in the woods finding the stone to build.”

b) “loads of flat, wonderful stone, with at least two good faces on the stone.”

d) “surprise of a flat stone, with even one good face, and save that for a corner stone in the hut, or a stone pad under the windows.”

page 61 — “the stone was spread on the ground…and basic stone being the largest pile.”

a) “Maybe it is the work, but stonemasons seem an independent bunch. Most, like myself, work alone.”

b) “There is much picking up of stone…Work runs smooth.”

c) “I searched the places out and continued to return for longer looks, enjoying new detail in the work at every visit.”

b) “Stone talking to stone.”

a) “I can wear gloves loading stone onto the Willys and then unloading, but often I have to feel the stone I am working with and gloves get in the way.”

b) “I used that broken stone and know right where it is in the hut, buried between the outer and inner walls.”

a) “The stone floor would be a special hunt of locating the best large stone, and very flat.”

b) “I would wait awhile for new stone to roll down…piling them on the shore.”

page 70 — “Flipping the stone down the hill to the Willys parked close to the hill…— they were rare enough.”

a) “More stone was quarried in France during this time than all of ancient Egypt.”

b) (Bob on Knut Hamsun) — “Knut Hamsun writes about the same thing in his own life…He wrote that it gave him the opportunity for his mind to think — write in his head  while becoming one with his hand.” (HN wrote “SN” next to this. Something she commonly did when a sentence illuminated Scott Nearing’s character, ed.)

a) “If I go with stone, it will have to be padded with mortar…I don’t want to worry about a high stone tipping away and beaning them.”

b) “I decide on using stone and packing mortar behind the stone…then use the stone left over from the sidewalls piled away in one corner of the site.”

page 82 — “Eight years later has them looking out of stone.”

page 83  — “…laying stone against the boards from the outside.”

page 86 — “What he saw was a structure built for the ground, out of the ground. Naturally he understood.”

page 88 — “I waved to Scott who didn’t have to use the Willys. The tree gave us a cord-and-a-half of firewood…There is a photograph of Susan, with Carson in her lap, sitting up on it.”

a) “It is now late September…Mortar the edges.”

b) “…I wheelbarrowed the two yards of gravel…as a pad for the stone.”

c) “I feel pretty secure. When the pond is dry you can see where the ledge pops up…  —  the old timers knew when to stop digging.”

a) “I spread and tamp the gravel inside the hut…level with my eye.”

c) “butter it around all the edges” 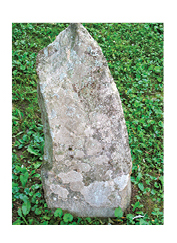 a) “A ladder had to be built to reach from the stone floor to the loft. I went into the wood lot…saved from the roof job and rounded the edges.”

b) “There would be no lock on the door.”

page 101 — “Susan terms ‘junk jobs’…digging an underground electric line…Like Carson I was willing to look only a few feet around me and enjoy it.”

page 102 — “Save the hardwood for the house. One other job was to flash the rear corners of the roof where it met ledge.”

page 102 — “Sweeping the stone floor was my gift to the hut at each visit. It was an exercise between us.”

a) “I wanted to hold my fork that way but my father wouldn’t let me. The soda bread mixed with egg yolk on the plate.”

b) “He bought a bicycle and like his Belfast days…all through the Berkshire Hills.”

pages 110-111 — “My father liquidated his lumber business in 1985. Given another three years…distinguishing a 10-common nail from a 12-common nail.”

page 112 — “I tucked a book in my lunchpail and when others broke for lunch I would listen to the chatter, eat, and read.”

a) “The town of Carmel, California…the granite from the coastline to build his home.”

b) “made the Jeffers home…The house and tower are rock, not pretty,”

a) “The Jeffers house is squa …Better known as Hawk Tower,”

b) “landscape where he carved out the life poem.”

c) “You need to have the ocean in your ears…the poems, the life were true.” 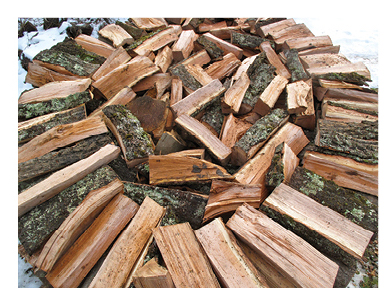 page 123 — “Firewood was cut with a bowsaw and all three bowsaws were kept sharp, clean, hung on a nail out of the weather.”

a) “Susan taught herself gardening and weaving. I taught myself treework and stonework.”

c) “I have never worked along aside a better worker than Susan, she has few complaints…and sometimes helping me lift a stone that weighs more than both of us.” (I think HN sees some of herself in this portrait, ed.)

d) “What is important to me is that we have done it together.”

Labels: Bob Arnold (Stone Hut), Helen Nearing (stone work), On Stone (Bob Arnold), Vermont
Newer Posts Older Posts Home
Subscribe to: Posts (Atom)
A poem (or more) will be offered by the hour or with the day and at the very least once a week. So stay on your webbed toes. The aim is to share good hearty-to-eat poetry. This is a birdhouse size file from the larger Longhouse which has been publishing from backwoods Vermont since 1971 books, hundreds of foldout booklets, postcards, sheafs, CD, landscape art, street readings, web publication, and notes left for the milkman. Established by Bob & Susan Arnold for your pleasure.
The poems, essays, films & photographs on this site are copyrighted and may not be reproduced without the author's go-ahead.
Write Bob or the Bookshop