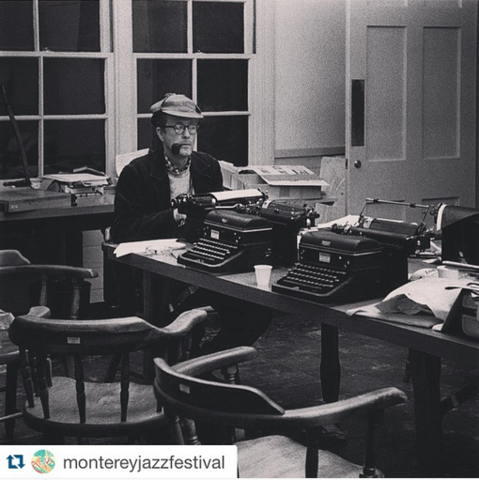 Ralph Gleason was more than likely the first music critic I ever read back 50 years ago
and his selected writings hold true to this day — from Jazz to Rock with much less
the authority on display of many current music critics and more an ease
and conversation and friendship with the music and musicians.
Few can take you by the hand from King Oliver and Louis Armstrong
to Bebop and John Coltrane as Gleason will, or right into
the home of the Jefferson Airplane and the California
music scene of the 1960s. He was instrumental at organizing
one of Bob Dylan's finest press conferences as well
at being one of the founders of the Monterey Pop Festival
and the starting pistol to the original Rolling Stone magazine.
Plus he wrote about the souls of Billie Holiday and Carmen McRae
with more soul than anyone.
Icing on the cake — he quoted in 1966 the hip poet Philip Whalen —
everything was usable to Gleason if it had the wonder.
All the while well past the age of 30 back then and younger than yesterday.
He was gone, already, by 1975.
No one like him before or since.
This collection gathered up by his son Toby
will show you why. 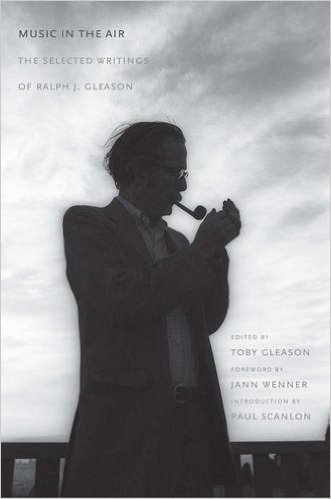 Labels: music, Ralph J. Gleason, Toby Gleason, Yale University Press
Newer Posts Older Posts Home
Subscribe to: Posts (Atom)
A poem (or more) will be offered by the hour or with the day and at the very least once a week. So stay on your webbed toes. The aim is to share good hearty-to-eat poetry. This is a birdhouse size file from the larger Longhouse which has been publishing from backwoods Vermont since 1971 books, hundreds of foldout booklets, postcards, sheafs, CD, landscape art, street readings, web publication, and notes left for the milkman. Established by Bob & Susan Arnold for your pleasure.
The poems, essays, films & photographs on this site are copyrighted and may not be reproduced without the author's go-ahead.
Write Bob or the Bookshop