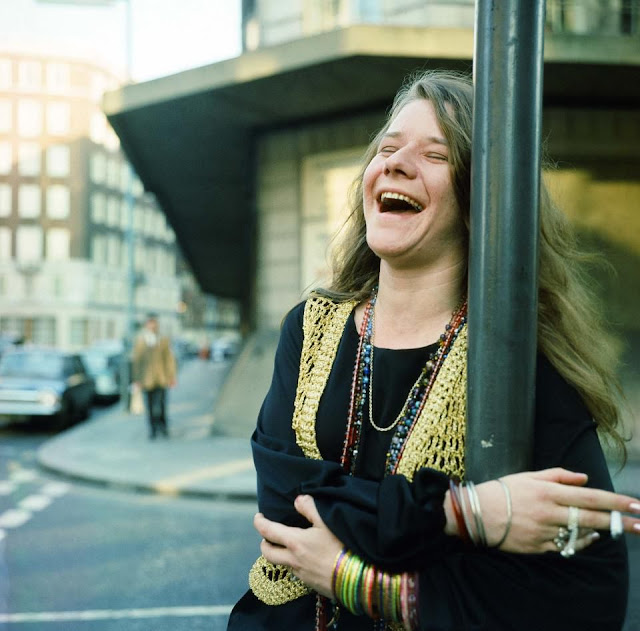 I’ve just finished the new biography of Janis Joplin by Holly George-Warren. Great eye-catching photograph of the native Texan on the cover, a photo I always liked (half naked) but done here in a detail exposure of Janis all in the face. I have read over the years many of the other biographies and likewise watched those titles disappear or go into the fog. Janis has had her time. Watching her old videos on You Tube hasn’t helped her cause — mainly catching this highly vulnerable and native wonder in rough catches on the Dick Cavett Show (never missed a show when she was on, or Hendrix) all comes off now loose hippie, so for good measure I return to the D. A. Pennebaker film work at Monterey Pop ’67 where she is in fine Texas form. She only performed with a name for herself over four years and while few seemed to like Big Brother’s make-shift band, I always thought it captured the very best of Janis in its loud, made up, seat of the pants heroin guitar work and clash. Sit for awhile with the album Cheap Thrills. Most overlook the fact that the likes of the Airplane, Quicksilver, Moby Grape, Country Joe and the Fish, Big Brother and even the longer lasting Dead, were all a golden ball element of its time, and sound. Don’t try to make good musicians out of some of them. It’s a blip in musical history for time span, but it is essential stuff. Albert Grossman wanted to make a star of Janis Joplin, and did, but he lost her sound. It’s a cleanly written book, and remarkably carries on a two-step nature of providing a biography and a timetable of the era. You’re there. 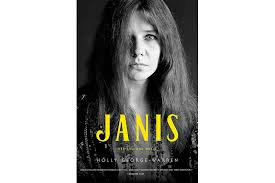 Labels: Holly George-Warren, Janis Lyn Joplin, music, San Francisco
Newer Posts Older Posts Home
Subscribe to: Posts (Atom)
A poem (or more) will be offered by the hour or with the day and at the very least once a week. So stay on your webbed toes. The aim is to share good hearty-to-eat poetry. This is a birdhouse size file from the larger Longhouse which has been publishing from backwoods Vermont since 1971 books, hundreds of foldout booklets, postcards, sheafs, CD, landscape art, street readings, web publication, and notes left for the milkman. Established by Bob & Susan Arnold for your pleasure.
The poems, essays, films & photographs on this site are copyrighted and may not be reproduced without the author's go-ahead.
Write Bob or the Bookshop