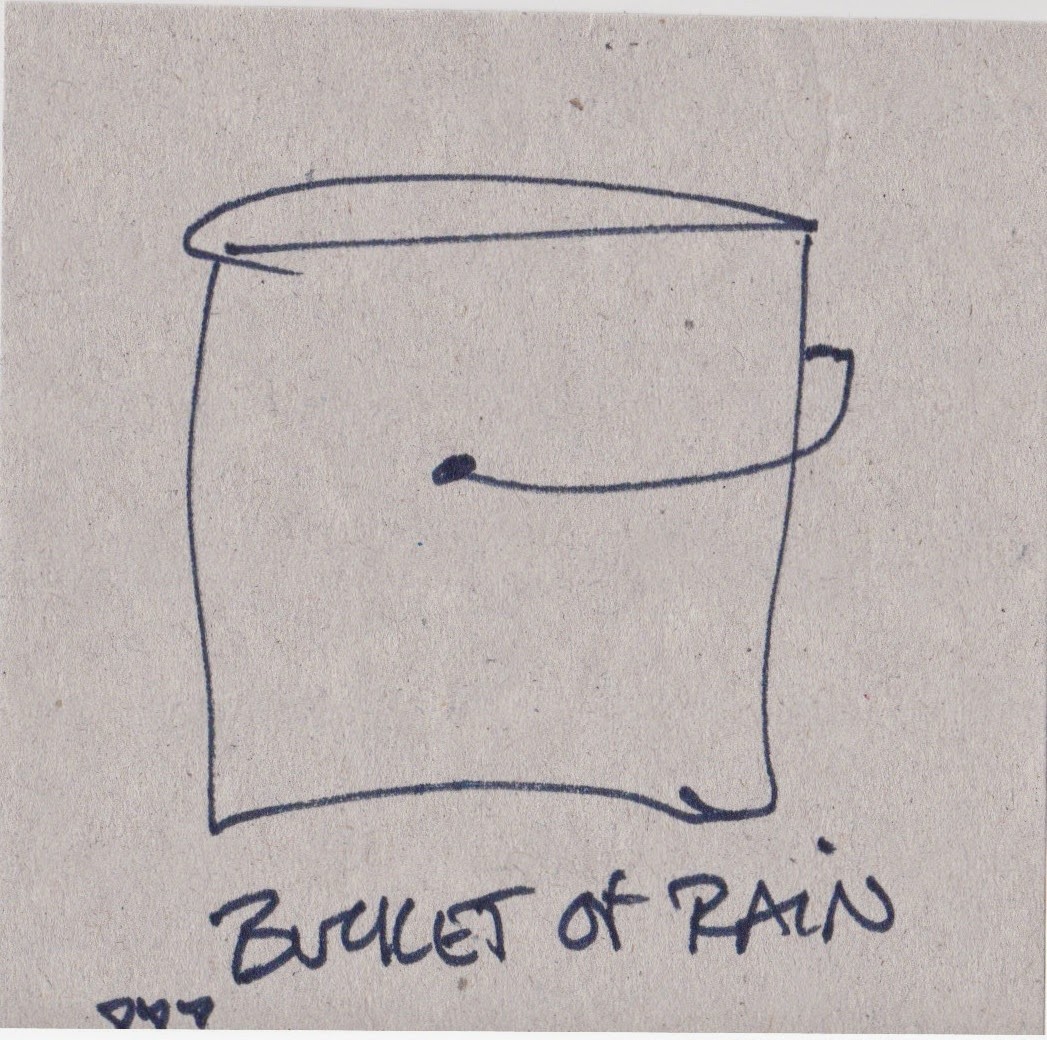 After many gorgeous days in a row, good old June, we had almost five inches of rain overnight.
Oh how the wind blew, the dark clouds mounted, almost covering
hidden valley, and the rain came. We left a bucket out overnight
and a wheelbarrow
and the wheelbarrow nearly filled —
saved for the flowers
newly planted 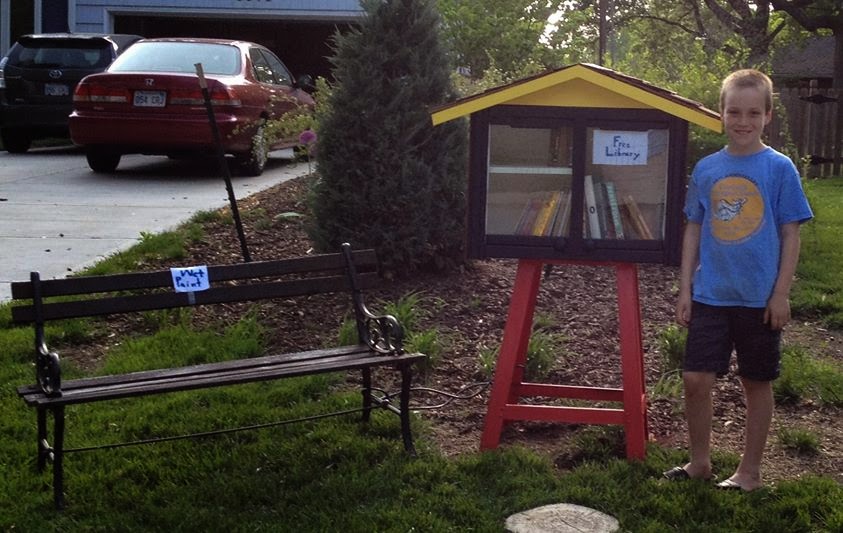 Reader Stephen Collins has even painted a nice bench for you to sit on.
Be patient let it dry, read a book while you wait.

Sorry, 9 year old free-giving-spirit Stephen Collins from Kansas, you live in the Land of the Free and the Home of the Brave and you are not allowed to give away free books from the tax-paid front yard of your family's home. Uh-uh. No go. Can't do. If we let him get away with this, everyone will want to do it Etc. Besides, it's books. Why doesn't the kid stay wrapped up in video games, or at least learn how to use a Kindle or The Nook? Books, geez, the next thing he'll want to do is think for himself! Cut them down to size when you can. 9 years old. It's never too early to start.
Let's hope the town fathers feel proud of themselves.


A 9-year-old Kansas boy is fighting for his right to operate a tiny library from his front yard after city officials deemed it an illegal structure.

Spencer Collins built his "Little Free Library" -- one of 15,000 “take a book, leave a book” structures that have popped up around the world -- both as a Mother's Day gift and as an attempt to engage with his Leawood, Kansas, community through one of his favorite pastimes. It's a way to “get into reading, get to know your neighbors, and … make friends,” he told Fox 4 News.

But a month after setting up the birdhouse-sized structure, the Collins family received a letter from the city telling it to take down the library by June 19 or face a fine for violating a code banning freestanding structures, his mother, Sarah Collins, told ABC affiliate KMBC.

The Leawood City Council said it received complaints about the library and could not presently make an exception for it.

“This is different than a one-day Kool-Aid stand; it’s a permanent structure,” Councilman Jim Rawlings told The Kansas City Star. “This question is -- where do you draw the line on front yard structures?”

But supporters on the little library’s Facebook page, which now has more than 20,000 likes, have pointed out what they believe are inconsistencies in the city’s enforcement, saying the library should be treated the same as birdbaths, birdhouses, lawn furniture or holiday decorations.

Leawood Mayor Peggy Dunn told the Star that the council plans to discuss Collins’ library at a July 7 meeting and could make an exception for the structure if a majority of the council supports it.

Spencer and his family said they have been invited to attend the meeting and are eager to work with the city.

"I would tell them why it's good for the community and why they should drop the law," he told KMBC. "I just want to talk to them about how good it is."

Labels: Stephen Collins (Reader)
Newer Posts Older Posts Home
Subscribe to: Posts (Atom)
A poem (or more) will be offered by the hour or with the day and at the very least once a week. So stay on your webbed toes. The aim is to share good hearty-to-eat poetry. This is a birdhouse size file from the larger Longhouse which has been publishing from backwoods Vermont since 1971 books, hundreds of foldout booklets, postcards, sheafs, CD, landscape art, street readings, web publication, and notes left for the milkman. Established by Bob & Susan Arnold for your pleasure.
The poems, essays, films & photographs on this site are copyrighted and may not be reproduced without the author's go-ahead.
Write Bob or the Bookshop