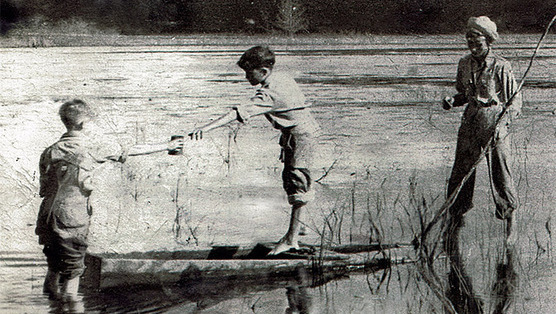 My favorite stories of America are the hardscrabble stories. That's the opposite of the losers — the hardscrabblers — those would be the likes of Bernie Sanders and certainly not Hillary Clinton or Donald Trump. Hardscrabblers would also include Barack Obama and Paul Wellstone, who was most likely killed. For the past eight years the geniuses of the Republican Congress have tried to kill Barack Obama. They've done pretty well for themselves, but so has Barack Obama, and by the way, Michelle Obama. Just watch what history will do for them once the prejudices all around us move along. Hillary Clinton has already learned a great deal from Bernie Sanders, whereas Bernie Sanders hasn't learned anything he doesn't already know about Hillary Clinton. If she were smart, as she charges ahead with her corporate backers to the Democratic nomination for the Presidency, she would enlist Bernie Sanders and his hardscrabble and hard won winnings (decades of it) into her forthcoming story. The Republican elite are a mess having to watch Donald Trump at work, but there is a strong legion of the usual non-voters who plan to rocket Trump into a higher registry. They call themselves independent, often they are, and good for them in that hardscrabble school. . .but a good many are also racist, bigoted and troubled. They may find themselves voting for Trump with other independents who followed Sanders and want nothing to do with Clinton; and at the same time leagues of soft Republicans who can't stand Donald Trump may be siding with Hillary Clinton. The cross winds of politics as both Republican and Democrat will disappear into a new voting of the new Civil War. However, don't be fooled, neither Trump or Clinton are American success stories. They are corporate big dogs who toe the line for big business interests, war politics, and the mainstream. There will be no hardscrabble classic film ever made of these two. Sanders yes; Obama for sure. Whether Harper Lee's To Kill A Mockingbird, or Jean Renoir's classic film The Southerner, we adapt and weep and curl up with the dear American hardscrabble story. Songs of Woody Guthrie, Hank Williams, Jimmy Rodgers, Blind Willie McTell, Odetta. In a book, on the screen, or music. A pity you can't recognize it when it's right in front of you.

Labels: Barack Obama, Bernie Sanders, Bob Arnold, Paul Wellstone, Woody Guthrie
Newer Posts Older Posts Home
Subscribe to: Posts (Atom)
A poem (or more) will be offered by the hour or with the day and at the very least once a week. So stay on your webbed toes. The aim is to share good hearty-to-eat poetry. This is a birdhouse size file from the larger Longhouse which has been publishing from backwoods Vermont since 1971 books, hundreds of foldout booklets, postcards, sheafs, CD, landscape art, street readings, web publication, and notes left for the milkman. Established by Bob & Susan Arnold for your pleasure.
The poems, essays, films & photographs on this site are copyrighted and may not be reproduced without the author's go-ahead.
Write Bob or the Bookshop