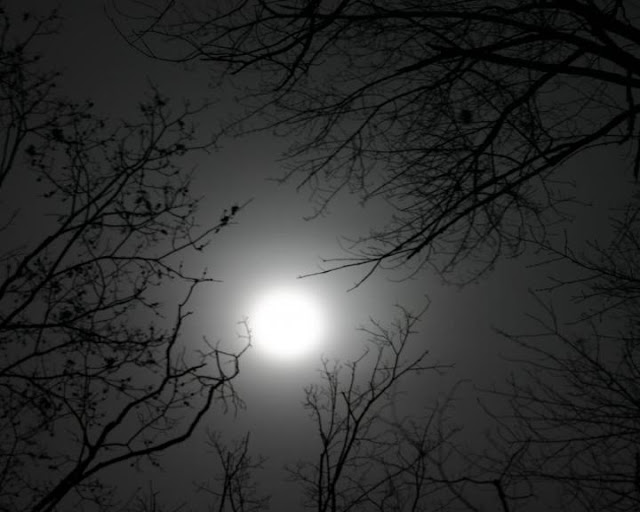 Son of a Bitch

The old man is a something else
Son of a bitch — no other way to
Think of it, even though it isn’t
Exactly kind, but that’s the way it is.
He’d bitch at you, he’d bitch at me,
Give him a topic — weather, taxes,
School budget, road maintenance, local
Politics — the first person in to see
His son at the town garage, the last person.
You knew what would be said as soon as
You left, you almost wanted it to
Begin while you were still there.
Give him time, he’s heading that way.
Has helped his son at work on truck
Engines for the last twenty years and
Is now past seventy, wool capped,
Glasses, blunt forehead, all shoulders
In a sweatshirt no matter when I see
Him, even picking strawberries up on
One of the sunny hills across town, but
He is almost friendly when doing that.
A gorgeous garden, peas are always up
By early May, and he has a way and
Tenderness to work in asparagus and
Bushels of raspberries on the small
Vegetable bed he plows by the side
Of the road. Plants his bush peas
Roadside to shed dust that rises
From an overpopulated back road;
How those neighbors fly. He has bitched
And stamped so many years about the
New hoard that his language and treatment
On the subject is abbreviated to
A shake of his head — he knows you
Understand even though you weren’t
Born here — the key to what it means
To be native in this old man’s eyes,
Idiotic as it might seem since he isn’t
Anymore native than the next white old
Gent still farming in town following
His own father’s haul, but it does
Generate a certain policy of who-is-who
In the town.  “How long you lived here?”
Is like having the last word.

The old man and his son have lived here,
Right here, no more than a few feet either
Way of birth-right, in this house and not
Including the porch where I stand trading
A few words with the old man — he tacked
That on ten years ago. We have known
One another twenty years and no matter
Each time I see him we go into the same
Routine of weather, seasonal news, how
Far along we both are in getting up next
Winter’s wood supply. He can be counted
On to have his firewood (cut from bought logs)
Bucked and split and stacked in a half
Dozen rows thirty-two feet long fresh and
Sturdy and incredibly pleasing to the eye.
He does this all by himself with a wood splitter
And grubby chain saw, while maul and wedge
Are always close by for what won’t split.
His son burns oil in a castle of a house
And can’t make any sense of this wood
Infatuation but he will tell you it gives
Dad something to do, maybe keep him out
Of the garage away from the customers
Who walk away bewildered by the old man’s
Statements. How in the world can one man
Be so outright angry and do such complete
Work in his garden and firewood detail?
I can picture him right now moving between
The stacks of firewood adjusting the ends
Of each row not to spill apart, raking
Bark and chips, liking every bit of the
Feeling he must have knowing it is early
May, far from winter, and here he is
Ready for anything. A son of a bitch.

Mason was never meant to die —
I know we all still think that,
But he did, before winter, and
We lost one of our last town farmers.
I wonder what he would have thought
Of this past winter of nearly no snow —
Mud that we figured dry by late
March how it doubled-back after a
Week of rain ruining the roads all
Over again. Mason would have
Taken it in stride, he was born here.

How many times did he pull out
A lost visitor to the village
At the foot of his hill — door deep
Tipped in mud — shying away from
Taking money for his time as he neatly
Curled up the log chain on the rear
Tongue of his tractor. It was a half
Mile trip back up the hill. Unlike us,
Mason never had a view to the river
From his place, but he and Ruth
Often drove down the valley
Road, slow as a walk, looking into
Our yard over stone walls where Susan
Raked the wet spring flower beds,
Her hair torn in the wind.
Those were the days! If they missed
Us going down river — on the way
Back they waved — real waves, like
They meant it. We would return
The favor when hiking around the
Old woods road of Church Mountain
Rising into Mason and Ruth country,
With its hilltop view of the valley.

I always felt back at home returning
From work in the winter seeing
Distantly their row of barn windows
Lit for milking. One man and
Woman together kept the farm
Mended and able. It was one of the
Last working farms in Guilford, and
Now without Mason, there are four farms
Left. Thirty years ago, Mason always
Reminded us with his own personal
History, there were thirty farms in town.

Mason died of the old man’s disease
According to Bill Weathers, who is
His cousin, and can’t pronounce Alzheimer’s.
When he died Ruth scrubbed every room
In the house from floor to ceiling and
Still hasn’t moved Mason’s old blue
Oldsmobile out of spring mud beside
The barn —  which we could identify
Anywhere — even in the grocery store
Parking lot twelve miles away in town.
Ruth and Mason shopped together, cut
Hay and logs and bread together, and
Maybe it is one way for Ruth now to
Spend her own last years tending one
Cow in the barn and fattening a calf
For veal. We hiked around the mountain
Yesterday, saw the changes of a
Better road, new neighbors, and now
We scramble with our little boy
Carson who loves to run in the woods.
In all four downstairs windows of the house
Ruth’s poinsettias are thriving, just
Like always — nothing has changed —
Except Mason is gone.

She’d be barefoot from
Late spring right up till
Fall and around deer season
She’d be wearing sandals.
Go down to their place —
Rusted stovepipe sticking
Out of a window, he’d be
In the small garage tooling
Under someone’s car. Jump between
Mechanic work, body-shop and
Towing; most people brought
Their car there only once.
But from the mobile home steps
She’d holler another “customer”
Was calling on the telephone.
He gave me that look of importance,
Rubbed grease off his hands onto
Newspaper, trotted out of the garage.

They’re both middle twenties — three kids.
The two youngest boys sit naked around a mud
Puddle, play with broken toy trucks
That look like their father’s truck
— huge wheels, shattered windows.
He skips the steps up to the trailer,
Leans past her wide body with the desire
Of a brother, not a husband,
Disappears for awhile.

She’s eating a sandwich, I wave to her,
She smiles. Everyone who remembers her
As a teenager say she was thin, pretty,
The blonde hair always washed and combed.
This afternoon she is in a bathrobe,
Her bare feet spread thick. After she
Smiles at me she looks everywhere
Else — over the acre of junk cars,
Ratty trees, a lawn mower stuck in
High grass, down to four cows at
The furthest corner of the pasture,
Back to her two boys splashing
Like ducklings in the puddle —
Everywhere she looks, but at me.