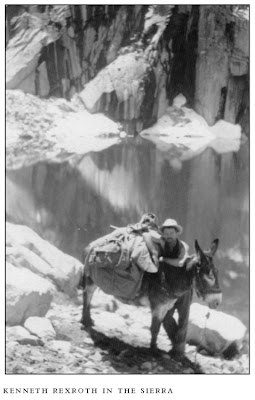 Yosemite Valley is a U-shaped trough, 7 miles long with an average
width of one mile, sunk 3,000 feet below the rim of the park
and carved out of the granite of the Sierra by stream erosion
and massive glacial action. The floor is level and parklike, with
the Merced River meandering through its meadows and forests,
dominated by immense domes and rock masses, which form a sheer
wall around it. Dr. Bunnell, the man who named Yosemite, was so
moved by the valley that he wrote years afterward, "As I looked at
the grandeur of the scene a peculiar exalted sensation seemed to
fill my whole being, and I found my eyes in tears with emotion." 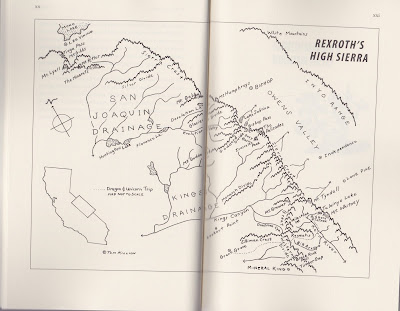 "Over the course of his life, Kenneth Rexroth wrote about the Sierra Nevada better than anyone. Progressive in terms of environmental ethics and comparable to the writings of Emerson, Thoreau, Aldo Leopold, Annie Dillard, and Gary Snyder, Rexroth's poetry and prose described the way Californians have always experienced and loved the High Sierra. Contained in this marvelous collection are transcendent nature poems, as well as prose selections from his memoirs An Autobiographical Novel, newspaper columns, published and unpublished WPA guidebooks, and correspondence. The famed science-fiction writer Kim Stanley Robinson has compiled a gift for lovers of mountains and poetry both. This volume also contains Robinson's introduction and notes, a map of Rexroth's travels, and an amazing astronomical analysis of Rexroth's poems by the fiction writer Carter Scholz."

YOUR BIRTHDAY IN THE CALIFORNIA MOUNTAINS


A broken moon on the cold water,
And wild geese crying high overhead,
The smoke of the campfire rises
Toward the geometry of heaven —
Points of light in the infinite blackness.
I watch across the narrow inlet
Your dark figure comes and goes before the fire.
A loon cries out on the night bound lake.
Then all the world is silent with the
Silence of autumn waiting for
The coming of winter. I enter
The ring of firelight, bringing to you
A string of trout for our dinner.
As we eat by the whispering lake,
I say, "Many years from now we will
Remember this night and talk of it."
Many years have gone by since then, and
Many years again. I remember
That night as though it was last night,
But you have been dead for thirty years. 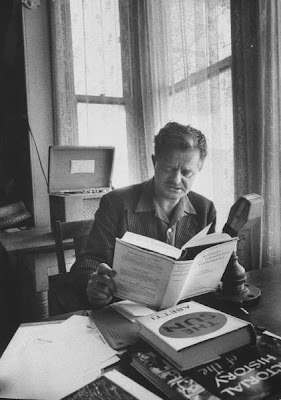