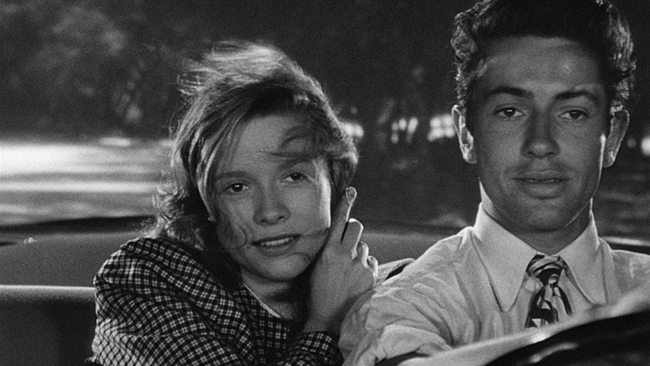 Bowie tapped the Gulf of Mexico.
"You ever seen the ocean, Keechie?"
She shook her head.
"Me neither. I'm almost thirty years old and you know I
never have seen the ocean. Can you beat that?
Say, how would you like to live on the ocean?"
"Sounds pretty good to me."

I’ve been down in your territory the last few days re-reading West Texas and Oklahoma district books: The Killer Inside Me with relentless Jim Thompson, and now Edward Anderson, harsh right-winger from Oklahoma and his Thieves Like Us. Anderson sold the book to Hollywood for the film They Live By Night and got himself $500 for it, his second book, thoroughly grubby rich armed robbery stuff, but nothing seemed to help his career because of himself. Dead in his early 60s. By the energy in each Thompson novel you’d think he was made from electricity or kerosene and should be alive to this day. I never read a bad or weak book by him. I may go back and re-read a bunch of other books since I have them all, plus a biography I always liked that I keep on display out in The Studio part of the bookshop that no one ever buys. We may be talking about a world gone by. Usually the one I liked best.

~ If you want film noir at one of its best,
start here.

Labels: Crime fiction, Edward Anderson, Film Noir, They Live By Night (Nicholas Ray)
Newer Posts Older Posts Home
Subscribe to: Posts (Atom)
A poem (or more) will be offered by the hour or with the day and at the very least once a week. So stay on your webbed toes. The aim is to share good hearty-to-eat poetry. This is a birdhouse size file from the larger Longhouse which has been publishing from backwoods Vermont since 1971 books, hundreds of foldout booklets, postcards, sheafs, CD, landscape art, street readings, web publication, and notes left for the milkman. Established by Bob & Susan Arnold for your pleasure.
The poems, essays, films & photographs on this site are copyrighted and may not be reproduced without the author's go-ahead.
Write Bob or the Bookshop