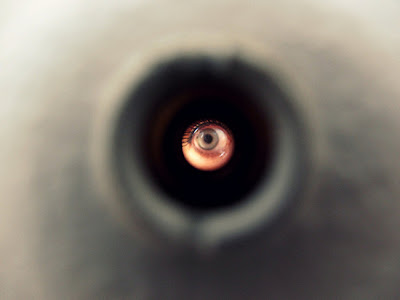 
That was the word
Scribbled on a scrap
Of paper and given to
Me on the playground by
Albert LaFlamme, two years
Older and much taller but
We were the best of friends.
I honestly thought the word
Spelt “Virginia” and took it
To one of my teachers to see
If it was spelled right and so
Later in the week my parents
Were called into the school.
Naturally I forget what happened.


Around the same time Albert showed
Us all how strong he was by
Lifting up Junior Zabeck and
Holding him by his legs upside
Down over the cement bridge in
The center of town and Junior
Was looking high and wild at the
Hoosic River. Albert shook out
All the pocket change and a black
Comb Junior had in his pants then
Brought him back up. He’d peed all
Over himself and stood there crying
Like only fat boys can. I liked
Junior, he was my friend, but if
I said anything Albert would have
Me off the ground next. It seemed
Like an eternity but the friendship
Lasted only a few months. In that
Time Albert beat on another of my
Pals, Jon Langlois. Jon was poor
And lived in a brick tenement.
One day Jon said something
Albert didn’t like so Albert ripped
The front of Jon’s shirt popping off
All the different size old buttons.
Jon was a redhead and cried red.


Albert stood a good two feet over all of us.
How he fit into the casket he slept
In up in his bedroom I could never
Figure out. When he was out of the
Room during one of my visits I quickly
Lay down in the casket to try it out
For size. It was comfortable but creepy.


When Albert came bounding back up the
Stairs to his room I was smartly away
From the casket but he eyed it and me
As if he sensed something fishy then
Suggested why didn’t I lie down inside
And see what it was like. I still felt the
Cushioned liner on my fingers, the strange
Smell and declined by saying it was his
Bed and respectfully should be honored
That way. Albert liked to be king. It was
A survival instinct to make him feel like
A king. I told him he was an asshole an
Hour later though when he shot me in
The face with a bb gun. Out in his yard
Horsing around, both with loaded rifles.
I brought my head around a tree at the
Wrong time and caught the bb in the mouth
Tasting blood. Albert laughed and laughed.


I could have killed him but threw the rifle
Down on the ground and walked home fuming,
Crying eventually like all my friends…
Jon and his lost buttons; Junior and his
Flown away money and comb. I’d see Albert
Less after that, in fact it seemed like he
Disappeared from all our childhoods as if a
Bad dream. But before that happened, when
Visiting after the bb incident, somehow
Albert got me back up into his bedroom.


The casket was now passé, the lid was on.
He had no interest in shooting rifles.
There was a large mirror on his wall.
Behind the mirror Albert had roughed
Out a hole into the next apartment. In the
Apartment lived a pretty young woman who
Worked in a bank in town. She walked to
Work. Albert had her time table down like
A science. He told me every night he watched
Her undress through the hole in the wall —
Her dress, her stockings, her panties
Her tits and her vagina is how Albert
Described it. I told him I didn’t believe it.


I thought he’d smack me but instead he
Rushed down the stairs and before I knew
It came these delicate taps on the other
Side of the wall, right near the peep hole.
Albert’s parents were poor but they owned
The building with four apartments. It would
Be easy for a snake like Albert to get the
Keys and own the place. A louder tap came
From the wall. I approached my first peep
Hole in life and took a look and saw nothing
Until Albert moved his eye away and there he
Was sneering and giving a wave before doing
Jumping jacks on the young woman’s bed.