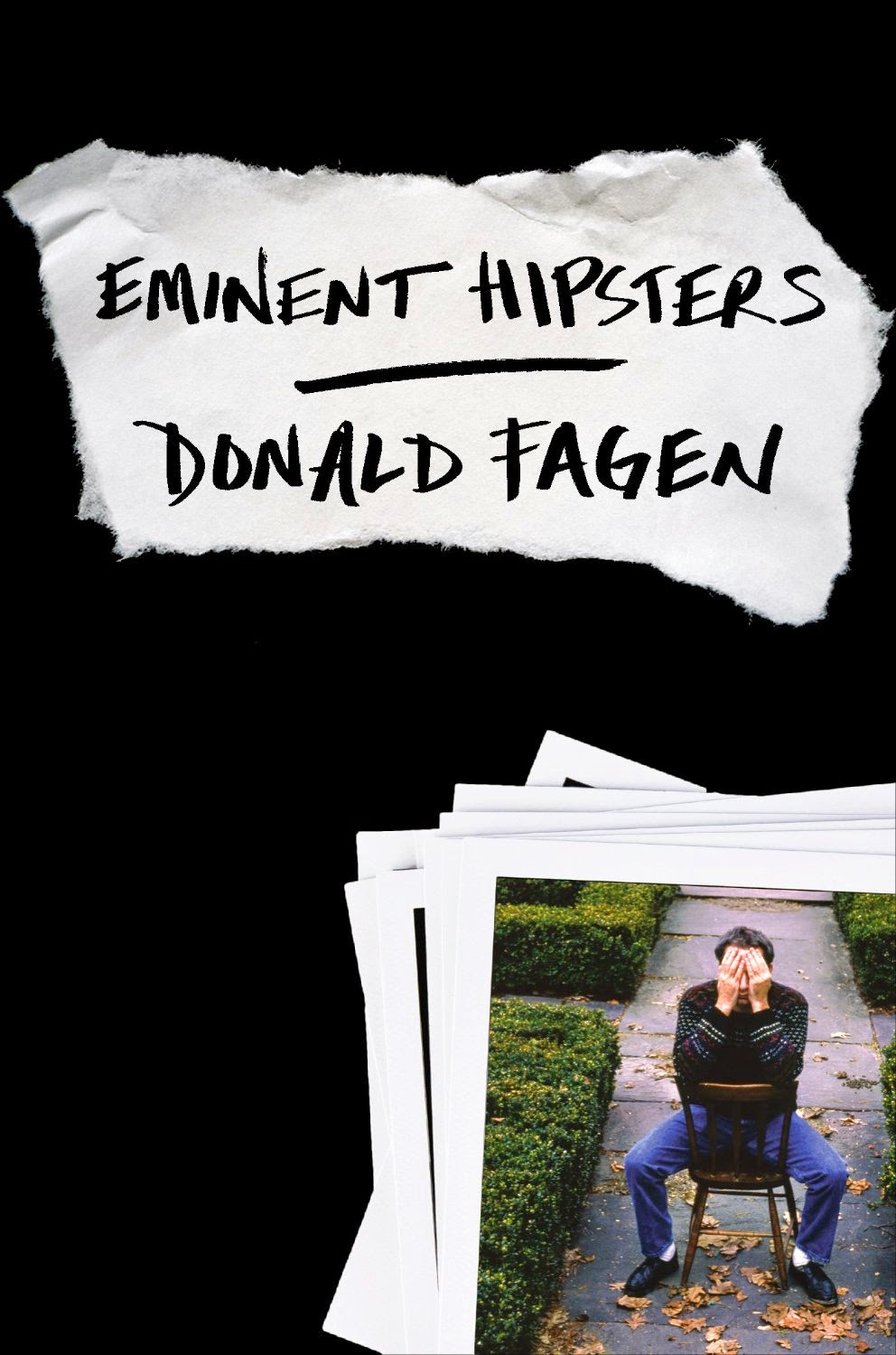 I certainly heard their music, grew up all around it, actually was drawn to snippets and slices of the songs, still am; we're about the same age, but I never bought a single or an album and won't. Over.

It's a cool book, just the right size (short) and he gets down to all things you would never expect — like Jean Shepherd, a tiny interview with Ennio Morricone, a match struck on Ike Turner, Sci-fi, sixties stuff, as student at Bard College, and a hilarious road journal touring with Boz Scaggs and others, all as old geezers. You'll love it.

Also, be warned — and I hesitate to bring it up to create any false drama because Fagen does not, and I much respect his even temper as a writer, even as he is falling it seems to pieces — that his forty year old stepson takes his life mid-passage in his journal entries "With the Dukes of September," while on tour, writing, playing concerts, sharing with us, and he soldiers on.

Before he became one of the two (with Walter Becker) of Steely Dan, Fagen wanted to be a writer. Well he is.


"I finally manage to get sleep by listening to an old Verve album I have on my computer, "Getz Meets Mulligan in Hi-Fi." These two white jazz virtuosos, both acolytes of Lester Young, both ex-junkies and heavy drinkers, and both, according to musicians' lore, megalomaniacal dicks, played like angels, and never more so than on this album. I've been listening to it for a half century, and it always seems fresh and beautiful."

Labels: Donald Fagen, Gerry Mulligan, Music Box, Stan Getz, Steely Dan
Newer Posts Older Posts Home
Subscribe to: Posts (Atom)
A poem (or more) will be offered by the hour or with the day and at the very least once a week. So stay on your webbed toes. The aim is to share good hearty-to-eat poetry. This is a birdhouse size file from the larger Longhouse which has been publishing from backwoods Vermont since 1971 books, hundreds of foldout booklets, postcards, sheafs, CD, landscape art, street readings, web publication, and notes left for the milkman. Established by Bob & Susan Arnold for your pleasure.
The poems, essays, films & photographs on this site are copyrighted and may not be reproduced without the author's go-ahead.
Write Bob or the Bookshop