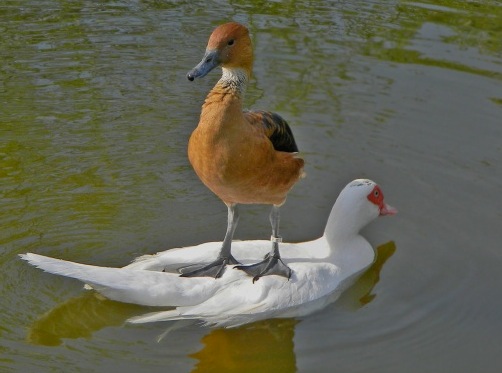 For all of you free-loaders waiting for a free reading of the
Longhouse foldout booklet of Ronald Baatz's long poem
— well, here it is! You knew I couldn't resist sharing
and it's such a beauty by Ronald

Those wishing to purchase a copy
can write here directly,
we're always home

Next up — a long poem foldout booklet
by George Evans

I would die for a music man of unwavering desire playing
the marimba on a steamy night in Chili after a woman of
beguiling shiny red smile had turned me into a frog the
smell of wild snow the dog under the bed the birth of
a star keeping a monkey awake.

I would die for endless drizzle for two flies sharing the
same headache for all of the world's unfinished memoirs
the waiter bringing a neon frog a drink in a cafe open all night
the natives frying snakes in the kitchen the piranha
stopping in to ask directions to the nearest racetrack
because it's hungry for horses.

I would die for the seductiveness of costume jewelry on
huge sailing ships and champagne showgirls telling me
my life is the blissful consequence of illusions brought on
by the sun's extravagant fire storms being too close and
the moon acting like a dreamy-eyed punk fool over rows
and rows of vacationing palm trees.

I would die for the wash still hanging on the line which
a woman of laziness and raging desires gives no thought
as rain clouds take comfort in settling over the vast greenness
of field her feet are running through high spidery-swaying
grasses as she flees from an overabundance of playful boys
that summer brings to life with one easy snap of the fingers.

I would die for the lover's most special harvest in darkness
the eyes' most beautiful bright skies the willowy hand moving
fingers through my beard as my senses partake of the verities of
small pink thornless roses climbing the fences of a hot mid-summer
afternoon as it pauses in the garden of our o so eager and o so
very alterable moods.

I would die for candles of endearing conversations and thoughts that
go plop causing deep booming echoes through universes imparting
a meaningful holiness to the fly in the window looking at the wind
at birds that are remembering faraway trees the lovely shock of
pears colliding with the earth or the smile of death that is just like
the smile of a goat.

I would die for the ghosts of sparrows singing songs in fog that
are just as quiet as fog the prowling solitude of a cat's collapsed stomach
the dew whispering on mud pies the cricket wishing farewell to summer
the pumpkin rotting in frosty-dark sweetness the snowman choking
on carrot fun the crazy indecipherable drunken talk of the prophet.

I would die for the lizard turning the sun into a pool of turquoise
the ping pong game enchanting the mourning dove the long-distance
runner writing a novel in his head the tender blossomings of moons
more than willing to be intimate with strangers the plums washed
in clear images of peace bringing the world to a soothing standstill.

I would die for the sunrise lodged in a flea the worms singing in the
open mouth of sunset the cute optimism of hummingbirds the
new monks walking the streets with uncracked begging bowls the
doe acknowledging the falling leaf the philosopher washing his face
while swatting the tiny buzzing mysteries of time.

I would die for the floating doughnut the robustness of coffee black
the softness of yellow silk covering a breakfast table the imperfect
but playful weather of a baby god the delicate chattering of birds in
a neighborhood blessed with the chimerical calm of foggy annihilation
the boundless everyday life clinging to a moth.

I would die for the kisses of grandmother's big wet sloppy lips
the scratches found in grandfather's footprints as though he were
being followed by a chicken the remarkable openness of rain
falling in the birdbath and nowhere else the bear hug of
the sailor who smells from China the scented beliefs of lilacs.

I would die for underground culture the unknown mushroom the
meatball on fire the sensuously gluey fish the size of grains of rice
swimming in memory the working dogs the sporting dogs the toy dogs
the herding dogs the confident hounds the ridiculous terriers that
refuse even to admit they have a dog's life or that they'd gladly eat a
birthday cake and all its bones at the drop of a hat.

I would die for the maple the birch the black oak the mountain gum
the white ash the sycamore the silver linden the weeping willow the
silverbell the hackberry the peach tree that the children play under
the dog barking at the tree it is tied to the tree's licking the dark
with its leaves the sun in red ants the moon in black ants the stars
in the lake the stars damp as the tea leaves we need to believe.

I would die for the waterfall smelling good from fresh cloudbursts the
barn swallow darting from sheer and grandiose and commanding
nothingness to more of such nothingness the great horned owl washing
its eyeballs in lemon juice the lightning that without fail purifies
every Wednesday evening and causes ashes of indifference to fall on
sweet fields of corn.

I would die for the compassion of saints the mountains of struggling souls
the defiant child making a wrinkled face as summer ends its life on a note
firm as baby fat the singing of lovers on the sprouting plateaus of crispy
hearts the old raving fool inhaling the breath of ants that are like
the tiniest of enthusiastic tourists gazing at stars.

I would die for dandelion wine dizzily fermenting in the basement
the fig seed on a napkin the voices in the trees the drop of ink in mist
the smashed watermelon the happiness of tomorrows crossing the
river on a dead leaf the old saying that says mud chokes no eels
the drunken laughter of poets free from the constraints of
the mind's lonely prison. 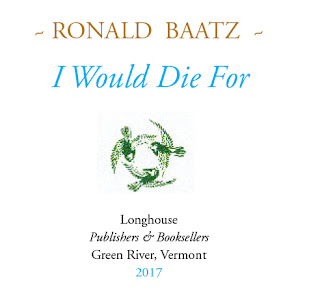 Labels: Bob Dylan (1963, TV)
Newer Posts Older Posts Home
Subscribe to: Posts (Atom)
A poem (or more) will be offered by the hour or with the day and at the very least once a week. So stay on your webbed toes. The aim is to share good hearty-to-eat poetry. This is a birdhouse size file from the larger Longhouse which has been publishing from backwoods Vermont since 1971 books, hundreds of foldout booklets, postcards, sheafs, CD, landscape art, street readings, web publication, and notes left for the milkman. Established by Bob & Susan Arnold for your pleasure.
The poems, essays, films & photographs on this site are copyrighted and may not be reproduced without the author's go-ahead.
Write Bob or the Bookshop