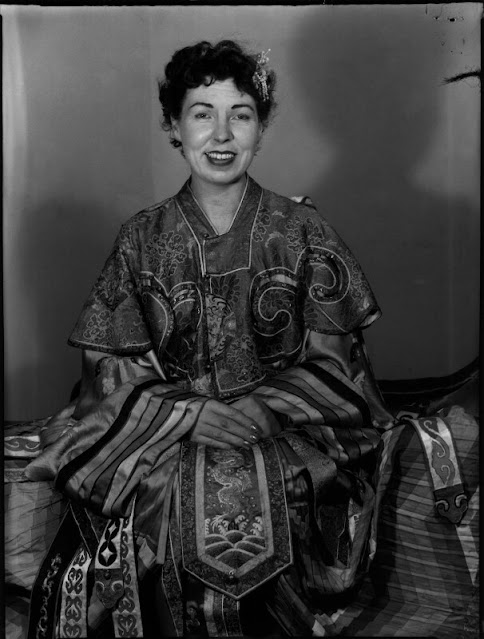 If I could create one tree

And hang it in the sky

And spray it with the living

Gold of the sun, and hold

The natural pattern of its growth,

I would ay that I had done

But observe where the sun

Has set against the black

Edge of the leaves,

How other leaves seem

To drift from one

Branch to another, or

Were they bird against

Wings that edge the

And inconsequence of time,

Is the moment I would

Tomorrow evening it will

The editor of this fascinating volume says it best:

dense, elliptical and inset with verbal novelty as any

her friend and editor at Faber,  praised her work, complimenting

it by that most Eliotic of criteria: that it communicated

before it made sense." Robert Graves was also a close reader.

Wyndham Lewis drew her portrait, and Dylan Thomas was

best man at her wedding. And you have probably never heard

of her. No help from Lynette Roberts herself — in her later life

Roberts had a mental breakdown and stopped publishing; in fact

interest arrived. Thus her work was largely forgotten and she died

It's her diaries I wish to find next.

Labels: Carcanet, Lynette Roberts, Welsh Poetry
Newer Posts Older Posts Home
Subscribe to: Posts (Atom)
A poem (or more) will be offered by the hour or with the day and at the very least once a week. So stay on your webbed toes. The aim is to share good hearty-to-eat poetry. This is a birdhouse size file from the larger Longhouse which has been publishing from backwoods Vermont since 1971 books, hundreds of foldout booklets, postcards, sheafs, CD, landscape art, street readings, web publication, and notes left for the milkman. Established by Bob & Susan Arnold for your pleasure.
The poems, essays, films & photographs on this site are copyrighted and may not be reproduced without the author's go-ahead.
Write Bob or the Bookshop