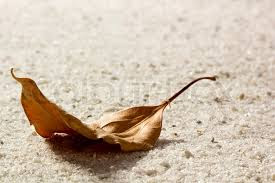 as a back door pile

from ten feet to eight

to six and then four

and now a miserable

during up to the first

new leaves of May

When the old farmer Ralph Burdock

Was going senile, or maybe it was Alzheimer’s

It was still a time when old folks fell between

A summation of senile, or gone funny in the head

But I would see Ralph come down our road

Where barely anyone lived, and stop his car well

Off the roadside and get out and go to his trunk

With the pace a farmer heading to a barn to milk

Cows would forever have in his gait, and snap the

Trunk open without a key and lift out his scythe

With almost the ceremony of a swordsman

The blade never touching anything but air

And it was already sharp, and with no further

Ado begin his work along the edges of our

Dirt road high wet grasses and raspberry and some

Thistle, elegantly and steadily sweep it all down

Just like he was once taught, now without his farm

Or wife or morning chores and so he came and

Helped do some of ours, even though no one really

Was alive or there for Ralph, just his scythe and purpose

And I’ve never quite seen the roadside trimmed and kept

Like that again, even by me, or the paid town workers

The old farm bridge we know is gone

The stone abutments are mossy

The farmer is also gone, and the farmer before him