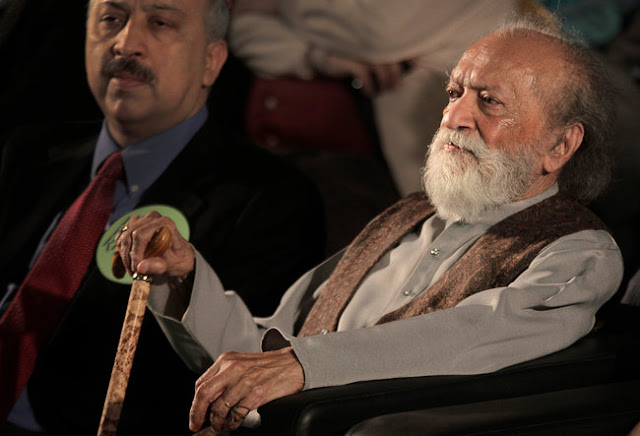 "Ravi Shankar, whose formal name was Robindra Shankar Chowdhury, was born on April 7, 1920, in Varanasi, India, to a family of musicians and dancers. His older brother Uday directed a touring Indian dance troupe, which Ravi joined when he was 10. Within five years he had become one of the company’s star soloists. He also discovered that he had a facility with the sitar and the sarod, another stringed instrument, as well as the flute and the tabla, an Indian drum."
please read more:
http://www.nytimes.com/2012/12/13/arts/music/ravi-shankar-indian-sitarist-dies-at-92.html?hp