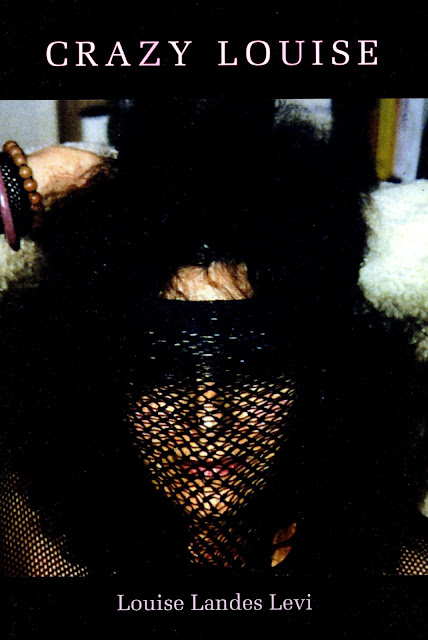 Louise Landes Levi is a poet/performer-translator/traveler and a founding member of Daniel Moore’s Floating Lotus Magic Opera Company, America’s first fusion orchestra. After receiving a BA, with Honors, from UC-Berkeley, and studying at Mills College with the sarangi-master Pandit Ram Narayan, she traveled alone overland to Afghanistan in the late 1960s and to India, via Istanbul, Tabriz, Mashed, Herat, Khandahar, Kabul, Peshawar, Rawalpundi and Lahore, to research North Indian sangeet (classical music) and its poetic tradition. Several translationfollowed: Rene Daumal’s classic study of Indian Aesthetics, RASA (New Directions, 1982); from the Middle Hindi of Mira Bai, an archetypal singer-saint of the 16th century,Sweet On My Lips: The Love Poems of Mira Bai (Cool Grove Press, 1997, 2003 & 2016); and Henri Michaux’s Toward Totality: Selected Poems (Shivastan, 2006). She has published more than a dozen books of poetry and autobiographical prose, including most recently: Love Cantos, 1-5 (Jack In Your Box, 2011); The Book L (Cool Grove Press, 2010); Tower 2/Tara or dc-x (Il Bagatto, 2009); Banana Baby, with facing Italian translations by Alessandro Tuoni (Super Nova, 2006); and Avenue A & Ninth Street (Shivastan, 2004). Her electronic chapbooks may be found at the website Big Bridge. Her recordings include most recently: From the Ming Oracle (Sloowax, 2014), an instrumental and spoken word compilation of her works from the late sixties to the near present; City of Delirium (Sloow Tapes, 2011); and the forthcoming LP Colloidal Love Poem (AudioMER.). John Giorno writes: “Her poems sing in the mind and dance through the heart and throat, and arms & legs, w. great clarity and bliss. Louise is Saranswati, goddess of poetry.” Levi has studied with such masters as Annapurna Devi, Ali Akbar Khan & La Monte Young. When not performing, she lives in a stone tower in Bagnore, Italy, with winter quarters in New York, her birthplace, and elsewhere.

Be in my embrace,

who are you, awake in my dream

I dream whose Vaster Continent,

in my bed, in my bed

Labels: Crazy Louise, Louise Landes Levi, Station Hill Press
Newer Posts Older Posts Home
Subscribe to: Posts (Atom)
A poem (or more) will be offered by the hour or with the day and at the very least once a week. So stay on your webbed toes. The aim is to share good hearty-to-eat poetry. This is a birdhouse size file from the larger Longhouse which has been publishing from backwoods Vermont since 1971 books, hundreds of foldout booklets, postcards, sheafs, CD, landscape art, street readings, web publication, and notes left for the milkman. Established by Bob & Susan Arnold for your pleasure.
The poems, essays, films & photographs on this site are copyrighted and may not be reproduced without the author's go-ahead.
Write Bob or the Bookshop