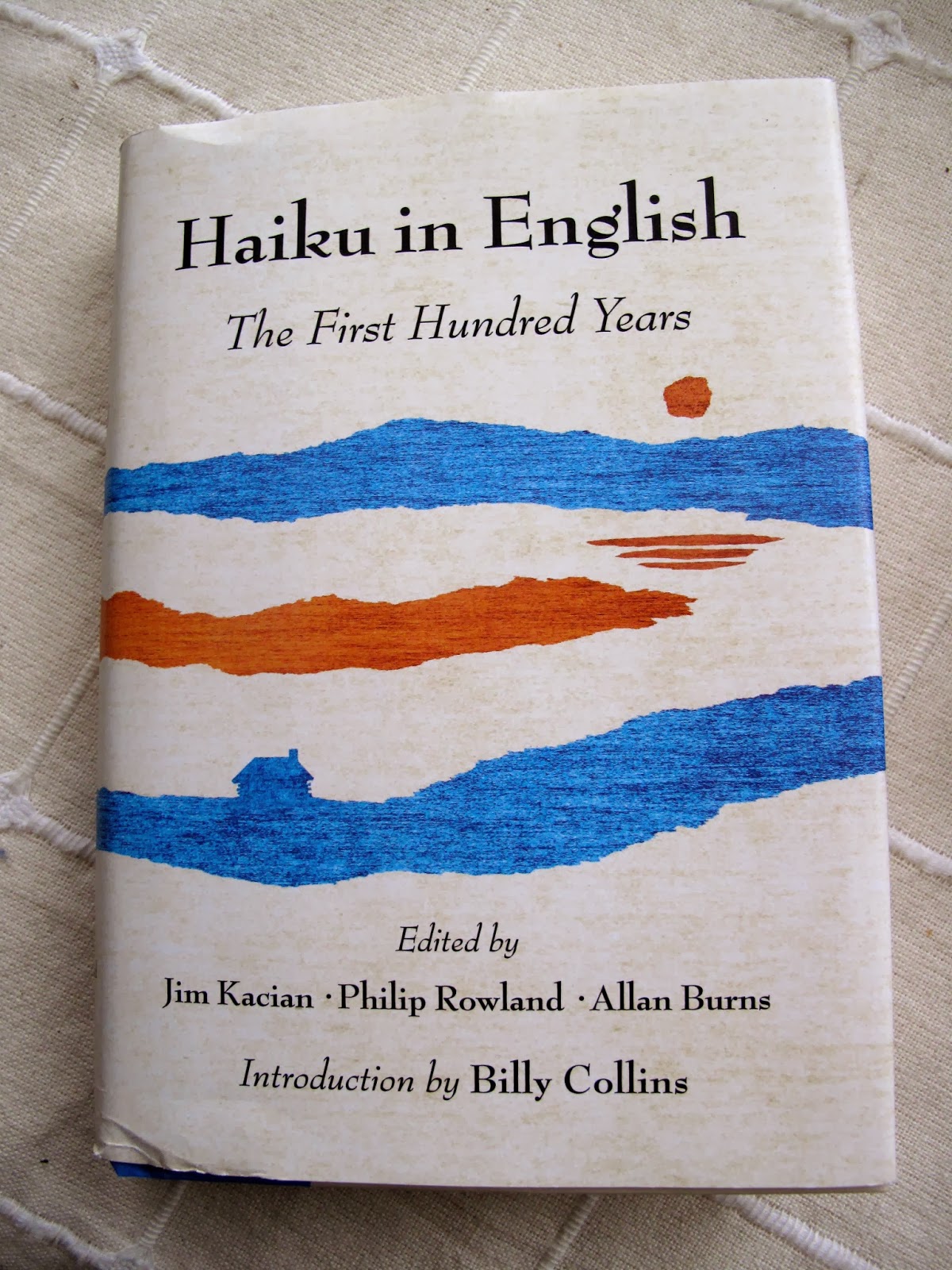 I would always rather support and boost a work of poetry — lord knows it's tough enough out there between the posers and the professionals — and I'm always on the outlook for that riveting collection of haiku poems in English — but this isn't it, although it takes a fair shot at it. Half the poems are deadwood, so be warned, and the other half are good lumber. Deeply grained. Many of the poets in the anthology who should have had multiple poems (while the editors themselves should have had less of their poems) unfortunately didn't happen. There are strong showings by Cid Corman, Gary Hotham, John Martone, Penny Harter, Vincent Tripi, Peter Yovu . . . and poets that normally kill me on the spot: Steve Sanfield, John Brandi, Thomas C. Clark, John Phillips, Ronald Baatz, have only one poem each.  It hurts to watch. Joseph Massey may have the best poem in the whole book. And who is missing will make you shudder and hear an echo. 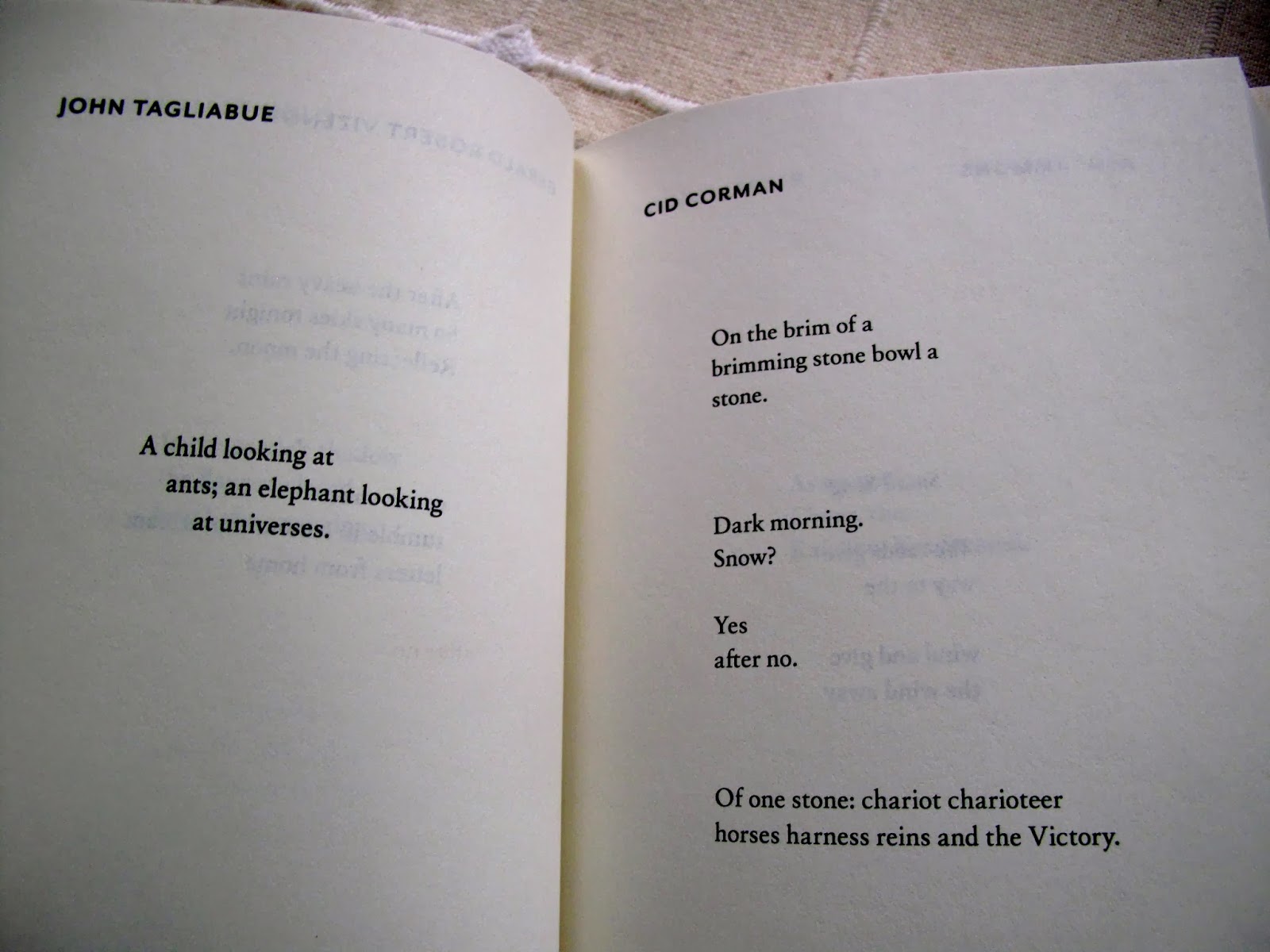 Harvard contacted here a year ago to receive permission to release this outstanding reading by Cid in 1961. I was all ears. "By all means." I asked someone there to make contact when the site would be available and this must have slipped someone's mind, but then a poet friend knew best and sent the link. It's the wonderful patchwork quilting of the poetry trade.

On this recording Cid speaks his own early poems, as well as breathes life into Louis Zukofsky —
it's not to be missed.

Labels: Haiku in English
Newer Posts Older Posts Home
Subscribe to: Posts (Atom)
A poem (or more) will be offered by the hour or with the day and at the very least once a week. So stay on your webbed toes. The aim is to share good hearty-to-eat poetry. This is a birdhouse size file from the larger Longhouse which has been publishing from backwoods Vermont since 1971 books, hundreds of foldout booklets, postcards, sheafs, CD, landscape art, street readings, web publication, and notes left for the milkman. Established by Bob & Susan Arnold for your pleasure.
The poems, essays, films & photographs on this site are copyrighted and may not be reproduced without the author's go-ahead.
Write Bob or the Bookshop