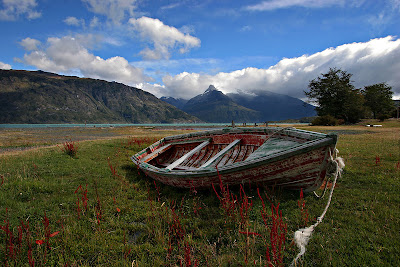 What am I crazy speaking aloud about the Academy Awards? It's past midnight.


It was great to see Iran acknowledged. Their cinema has been terrific for years.


Cirque de Soleil's aerial act, over the heads of the powerful, now powerless, was exciting.


Too bad about The Tree of Life, maybe the only film absolutely hated by some critics and viewers, and likewise loved by many of the same. There's something there. Time is the teacher.


Not a bad relaxed and humorous acceptance speech by Meryl Streep, as if she is forever playing the part of her character in Postcards From the Edge in real life, though the award belonged to Viola Davis.


Emma Stone razing was a delight.
Robert Downey's, not as much.


Large cymbals in the hands of Will Ferrell could go anywhere, almost did.


Some excited guys got bleeped out, some others guy from Louisiana seemed genuine.


One of Billy Crystal's best jokes was about how — after he viewed the film The Help in a ritzy Los Angeles theater — he was so moved he wanted to hug the first black woman he saw, “which in Beverly Hills is about a 45-minute drive.” Others found the joke dated, "old", fuddy-duddy. Ah, what are you gonna do?


About this point in this summing up I'm already bored, ready to erase.


Chris Rock is growing his hair and not losing an inch of his stealth. His joke on voice over (donkeys & zebras) was the haiku moment.


George Clooney never got on stage. Probably for the better.


Nick Nolte should have, if we're talking about a work horse.


Jessica Chastain has to be the most down to earth beauty Hollywood has seen in a long time. One actually feels her rooting for life, liberty, and the pursuit of happiness.


The In Memoriam segment should have given a longer pause and voice for Ben Gazzara.


The garish gold and red curtain on the big stage did look impressive. Like Douglas Fairbanks maybe was there. The company that owns the building has gone bankrupt. The wealthy are entertaining us and being presented with gold statues, all in a new era of the 1% vs. the 99%. And the Best Picture award goes to a silent film in the year 2012. Blame it on global warming.


There were many and many more films that should have been mentioned and never will in this world; it's what keeps us plugging.


Sacha Baron Cohen showing up in full regalia as "The Dictator" and depositing fake ashes of Kim Jong-il from an urn he carried onto a Ryan Seacrest was pretty okay live television. It sullied the red carpet. Stirred a to-do. As the satirist was being escorted away by security guards he said to Seacrest, “When someone asks you what you are wearing, you will say Kim Jong-il.” I await to hear what Joan Rivers thinks.


My smart cookie companion stayed up way past her bedtime until 10 and then gave up with these words, "It doesn't seem held together". 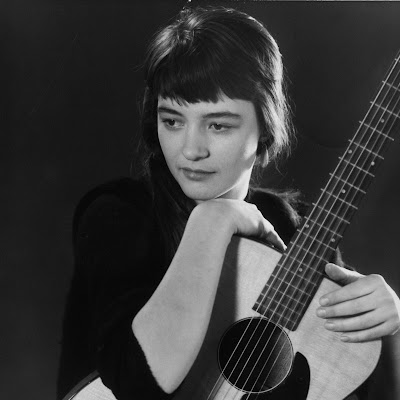 A cult singer, 12-string guitarist, and banjo player of the New York 1960s folk revival, Karen Dalton still remains known to very few, despite counting the likes of Bob Dylan and Fred Neil among her acquaintances. This was partly because she seldom recorded, only making one album in the 1960s -- and that didn't come out until 1969, although she had been known on the Greenwich Village circuit since the beginning of the decade. It was also partly because, unlike other folksingers of the era, she was an interpreter who did not record original material. And it was also because her voice -- often compared to Billie Holiday, but with a rural twang -- was too strange and inaccessible to pop audiences. Nik Venet, producer of her debut album, went as far as to remark in Goldmine, "She was very much like Billie Holiday. Let me say this, she wasn't Billie Holiday but she had that phrasing Holiday had and she was a remarkable one-of-a-kind type of thing.... Unfortunately, it's an acquired taste, you really have to look for the music."

Dalton grew up in Oklahoma, moving to New York around 1960. Peter Stampfel of the Holy Modal Rounders, who was in her backup band in the early '70s, points out in his liner notes to the CD reissue of her first album that "she was the only folk singer I ever met with an authentic 'folk' background. She came to the folk music scene under her own steam, as opposed to being 'discovered' and introduced to it by people already involved in it." There is a photograph from February 1961 (now printed on the back cover of the It's So Hard to Tell Who's Going to Love You the Best reissue) of Dalton singing and playing with Fred Neil and Bob Dylan, the latter of whom was barely known at the time. Unlike her friends she was unable to even capture a recording contract, spending much of the next few years roaming around North America.

Dalton was not comfortable in the studio, and her Capitol album It's So Hard to Tell Who's Going to Love You the Best came about when Nik Venet, who had tried unsuccessfully to record her several times, invited her to a Fred Neil session. He asked her to cut a Neil composition, "Little Bit of Rain," as a personal favor so he could have it in his private collection; that led to an entire album, recorded in one session, most of the tracks done in one take. Dalton recorded one more album in the early '70s, produced by Harvey Brooks (who had played on some '60s Dylan sessions). Done in Bearsville Studios in Woodstock, it, like her debut, had an eclectic assortment of traditional folk tunes, blues, covers of soul hits ("When a Man Loves a Woman," "How Sweet It Is"), and contemporary numbers by singer/songwriters (Dino Valente, the Band's Richard Manuel). The Band's "Katie's Been Gone," included on The Basement Tapes, is rumored to be about Dalton.

Karen Dalton struggled with drugs and alcohol for many years. She reputedly died in 1993 on the streets of New York after an eight-year battle with AIDS. However, an article in Uncut magazine, confirmed that Dalton was actually being cared for by the guitarist Peter Walker in upstate New York during her last months.

She was married to the guitarist Richard Tucker. She had at least two children: a son, who she lost custody of, and a daughter, Abralyn Baird, born when Dalton was 17, who she 'kidnapped' and took with her to New York when she was 19. By the time she was 21, she had been married and divorced twice.