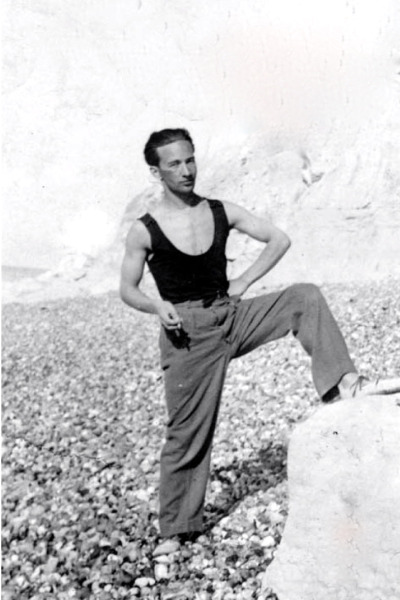 VAIN PRAYER TO THE ELEMENTS

Dust, dust of the oceans, first handkerchief above the wave, call
to the free cloud. . .
The cloud suddenly falls as a block of stone.
Dust, rock dust, into this rock. I will plant my freedom, into this
rock now scattered to the wind.
The burning sand eats our foreheads, simoon of flames.
Smoke, smoke from the burning of bodies, smoke full of illu-
sions, in you I will plant my fancy.
Smoke returns to the ocean, flask of dirty water where a hunch-
back Venus scoffs at hope through her satisfied teeth.

"Rene Daumal was born in 1908 in Boulzicourt, a small town near
the Ardenne mountains. He would die in Paris just thirty-six years
later. Most of the intervening years were spent questioning the implications
of that birth and impending death and the authenticity of the
man they represented."

Labels: Kelton W. Knight, Rene Daumal
Newer Posts Older Posts Home
Subscribe to: Posts (Atom)
A poem (or more) will be offered by the hour or with the day and at the very least once a week. So stay on your webbed toes. The aim is to share good hearty-to-eat poetry. This is a birdhouse size file from the larger Longhouse which has been publishing from backwoods Vermont since 1971 books, hundreds of foldout booklets, postcards, sheafs, CD, landscape art, street readings, web publication, and notes left for the milkman. Established by Bob & Susan Arnold for your pleasure.
The poems, essays, films & photographs on this site are copyrighted and may not be reproduced without the author's go-ahead.
Write Bob or the Bookshop