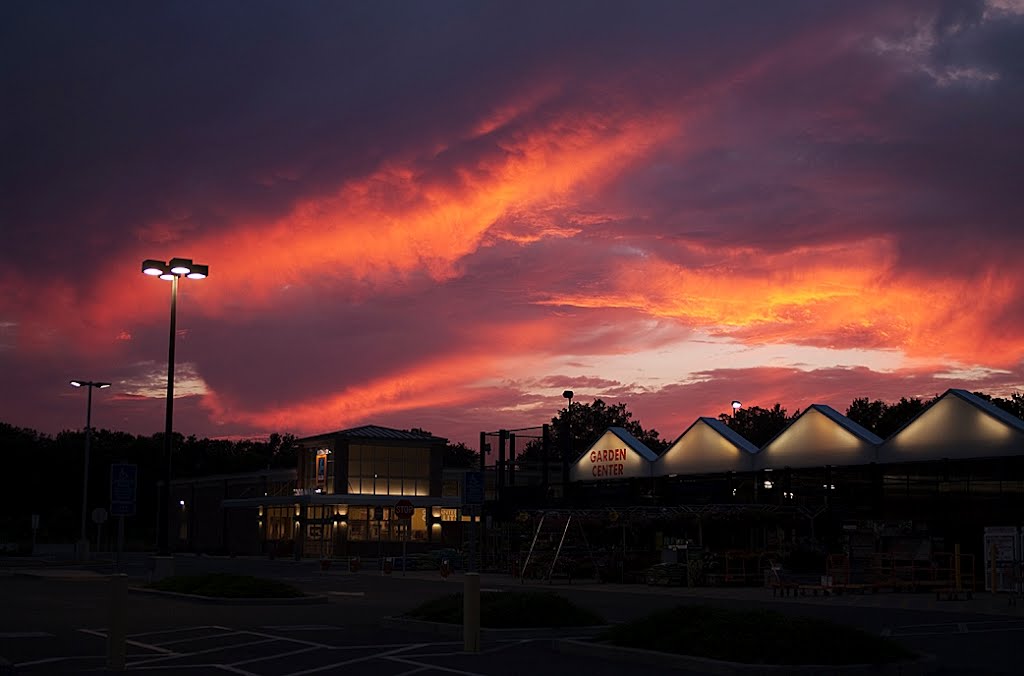 
We're right at freezing temps this morning at dawn. I'm not moving quickly to get on the work site but I will. Steel roof is coming today. . .no, wait, it's coming when it's coming — the Fabral truck broke down somewhere between Pennsylvania and Vermont. That shoots all the good days of weather I had lined up for some roofing and buttoning up. The steel is 1/4 the cost of a red cedar shingle roof which I might prefer, and so the savings buys half the windows. The economics of a yankee.

Off Craig's List Sweetheart pulled from one camper twelve pairs of Stanley hinges at a fraction of the local hardware store, and in the local hardware store the beaten and abused who have worked there forever, and raised their children to do the same, and even grandchildren (each we have watched come and go) are barely mustering a smile. Home Depot was chased out of town only to lodge 15 miles south of here over the border in Massachusetts, in a farm field I once worked in as a boy. Its glorious view of the sky and hillsides we rested in when we took a water-break from haying is still there, otherwise the "emptiness" town officials once exclaimed about is now filled with box stores. There's a bright solution for all that emptiness for you.

Almost every worker in HD is with a smile, orange apron fitting a bit too tight or small; you could be asked six or seven or even eight times in six or seven or even eight minutes upon landing in this airport terminal of Everything "do you need any help?" Oh, we need help all right. While I'm in there out of desperation (all I need is concrete board) twelve contract workers or civilians are being hunted down by a lone assassin in a navy shipyard in the nation's capitol. The gunman is black. He's a former employee; he's one of them.

There are a million reasons now to be unhappy and miserable in America. . .much as I hate to, I'm contributing to it right here.

A day or two before this mass murder, a young, black, former athlete in North Carolina (described as "sweet") will be shot to pieces by a white "bad" cop, and they're almost the same age (years away from 30) after the athlete has staggered away from a solo vehicle accident in the night, approached a home for help, caught a white woman occupant off-guard, who panicked, and called in the local law, who panicked, and gunned the helpless man down. The injured man was running to the officers for help! But don't worry — "Guns Save Lives" — I saw it scrawled across a banner, many banners. The ninth Home Depot worker who asks me, "do you need any help?" in less than nine minutes, may have me blowing my top.

They may have Everything. But one more field of dreams is gone.