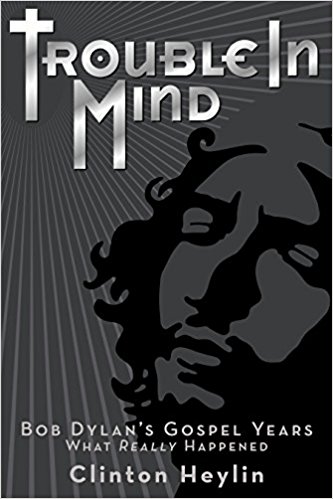 Bob Dylan: I believe in the Book of Revelation. The leaders of this world are
eventually going to play God, if they're not already playing God, and eventually
a man will come that everybody will think is God. He'll do things, and they'll
say, "Well, only God can do those things, It must be him." . . .(When) the new
kingdom comes in, people can't even imagine what it's gonna be like. There's a lot of
people walkin' around who think the new kingdom's comin' next year, and that they're
gonna be right in there among the top guard. And they're wrong. When it comes
in, there are people who'll be prepared for it, but if the new kingdom happened
tomorrow and you were sitting there and I was sitting here, you wouldn't even
remember me."
(1980s)

Labels: Bob Dylan, Clinton Heylin, Gospel Songs
Newer Posts Older Posts Home
Subscribe to: Posts (Atom)
A poem (or more) will be offered by the hour or with the day and at the very least once a week. So stay on your webbed toes. The aim is to share good hearty-to-eat poetry. This is a birdhouse size file from the larger Longhouse which has been publishing from backwoods Vermont since 1971 books, hundreds of foldout booklets, postcards, sheafs, CD, landscape art, street readings, web publication, and notes left for the milkman. Established by Bob & Susan Arnold for your pleasure.
The poems, essays, films & photographs on this site are copyrighted and may not be reproduced without the author's go-ahead.
Write Bob or the Bookshop