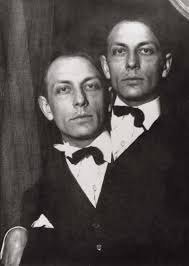 
I have in me a strong propensity to intoxication. I am a man
obsessed, and everything is my meat, Thus, when I read, the first
pages hold no interest for me. They are too straightforward. But
after a few hours it all gets fluid, and then find a real pleasure.

The trees here are well lit up and luminous. I do not see them,
I only see their glow. My eyes are always wide open like a baby's,
and like a baby I only turn them when something shifts in front
of me.

I cannot very well explain myself. While it is true that I speak
more often about what bothers me, I also have my share of little
delights.

The bottom of the Amazon like the current is constantly shifting.
You can sometimes remain aground for three or four weeks. The
more you push the deeper in you get.

All along the right bank of the river for about a mile an
enormous, very high wall. Behind and above it — Manaus.

To tell the truth, at Iquitos I was already beginning to have
my fill. I'd have liked to go unobserved; to make myself very
small and arrive in Paris where I could hide myself in my books.

But soon I would wake up with still all Brazil to be crossed.

Which is one reason why this looks like the twentieth time I've
been on this one trip.

And it's becoming one tedious. . .

The Napo swims slowly toward the Amazon

Above it there blows an unquestionable wind.

I'm from a country of wind

In my country even the poorest has his wind

The air is never harvested, it puffs, that's wind,

The man who has grown up

Who has spent years in the passionate hand of the wind

I'd no idea I was this attached to my country


The jungle Indians do not, in the strict sense, tattoo themselves.
That is, they do not make deep incisions in their skins.

They may make a design on their faces to go have lunch at a
friend's, then rub it out on the way home. Everyone has mentioned
how attractive this is. There are certain colors, however,
that smudge badly. For us they would be an inconvenience. The
Turks were quite right to have pointed out how unseemly a face is.
There it is on top of your clothing, sticking out, with glances
escaping from it like madmen. Everything unhealthy and bestial
that your skin has about it vanishes with the application of a
line, a spot of rouge. Your face becomes not so much intelligent
as intellectual, it becomes witty. That calms. It was always my
feeling when my Indians had tattooed themselves that now we
would be able to talk (the exception being the case where the
design confines itself to a stupid exaggeration of the facial contours
and their one or two basic elements).

It does not take much of a prophet to predict that before long
the white race will on its own take up tattooing. I am told that
current opinion is flatly opposed to this — and much else. Prophets
say, 'You'll see'; that suffices for both them and me.

I only add that tattooing, like all ornamentation, can both
bring out a surface and even readily make the same surface
disappear, just as a tapestry makes the whole length of a wall
disappear. Well, now is the time to have the face disappear. It is
truly impossible with a face to have a modest look — provided
that it has not been specially arranged for that.

Lordy, Michaux on any subject and anywhere
any time, any place, and here I become surprised to see
it was all translated by a friend, Robin Magowan, ever thoughtful
as his own poems. My book note says I read this book first in 1970.

Labels: Ecuador, Henri Michaux, poetry, Robin Magowan, Travel
Newer Posts Older Posts Home
Subscribe to: Posts (Atom)
A poem (or more) will be offered by the hour or with the day and at the very least once a week. So stay on your webbed toes. The aim is to share good hearty-to-eat poetry. This is a birdhouse size file from the larger Longhouse which has been publishing from backwoods Vermont since 1971 books, hundreds of foldout booklets, postcards, sheafs, CD, landscape art, street readings, web publication, and notes left for the milkman. Established by Bob & Susan Arnold for your pleasure.
The poems, essays, films & photographs on this site are copyrighted and may not be reproduced without the author's go-ahead.
Write Bob or the Bookshop