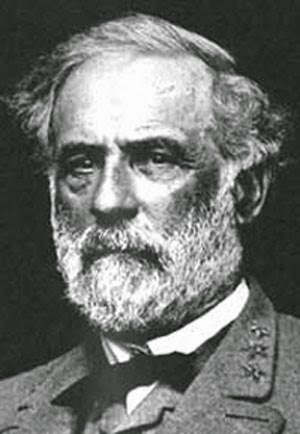 Confederate General Robert E. Lee issued his Farewell Address, also known as General Order No. 9 to his Army of Northern Virginia on April 10, 1865, the day after he surrendered the army to Lt. Gen. Ulysses S. Grant. Lee's surrender was instrumental in bringing about the end of the American Civil War.

After four years of arduous service marked by unsurpassed courage and fortitude, the Army of Northern Virginia has been compelled to yield to overwhelming numbers and resources.
I need not tell the survivors of so many hard fought battles, who have remained steadfast to the last, that I have consented to the result from no distrust of them.
But feeling that valour and devotion could accomplish nothing that could compensate for the loss that must have attended the continuance of the contest, I have determined to avoid the useless sacrifice of those whose past services have endeared them to their countrymen.
By the terms of the agreement, officers and men can return to their homes and remain until exchanged. You will take with you the satisfaction that proceeds from the consciousness of duty faithfully performed, and I earnestly pray that a merciful God will extend to you his blessing and protection.
With an unceasing admiration of your constancy and devotion to your Country, and a grateful remembrance of your kind and generous consideration for myself, I bid you an affectionate farewell.

Labels: General Order No. 9 (film), Robert E. Lee
Newer Posts Older Posts Home
Subscribe to: Posts (Atom)
A poem (or more) will be offered by the hour or with the day and at the very least once a week. So stay on your webbed toes. The aim is to share good hearty-to-eat poetry. This is a birdhouse size file from the larger Longhouse which has been publishing from backwoods Vermont since 1971 books, hundreds of foldout booklets, postcards, sheafs, CD, landscape art, street readings, web publication, and notes left for the milkman. Established by Bob & Susan Arnold for your pleasure.
The poems, essays, films & photographs on this site are copyrighted and may not be reproduced without the author's go-ahead.
Write Bob or the Bookshop