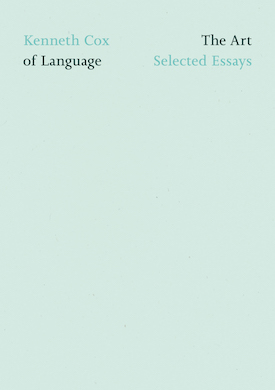 Flood Editions
edited and with an introduction
by Jenny Penberthy

This volume gathers twenty-four essays by the English critic Kenneth Cox (1916-2005)
on various writers, including James Joyce, Ezra Pound, Basil Bunting,
Louis Zukofsky, and Lorine Niedecker. In each case, Cox's exposition proves rigorous idiosyncratic, drily passionate, and full of keen insights. Always, he proceeds with an "emphasis on literature as the art of language." 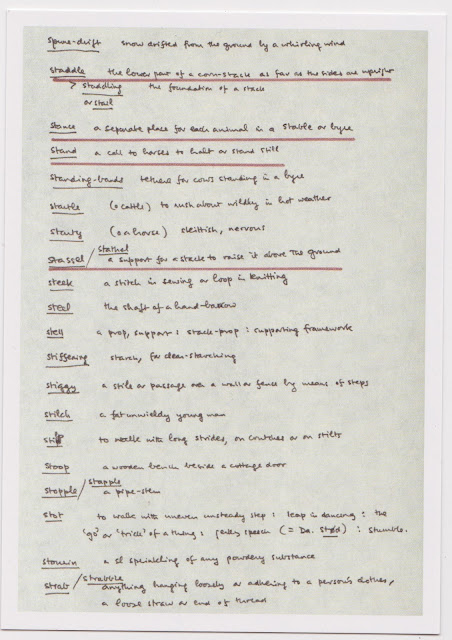 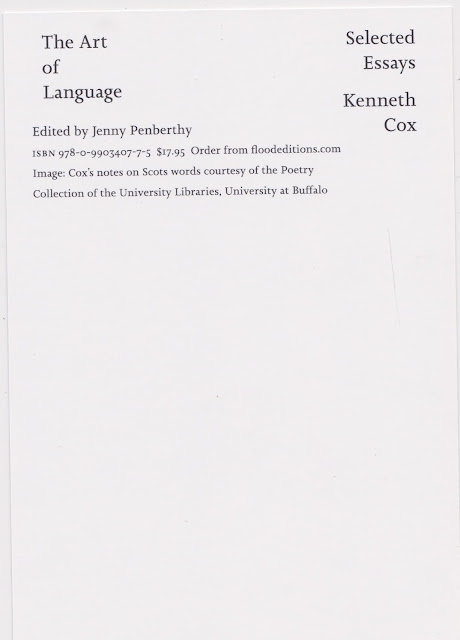 "A is one of the mid-century epics which, like Finnegans Wake,
Paterson and The Anathemata, stands comparison to The Cantos. It
is less adventurous but more reflective and at the centre more
certain: though amongst strangers its Odysseus does not wander."

Labels: Jenny Penberthy, Kenneth Cox
Newer Posts Older Posts Home
Subscribe to: Posts (Atom)
A poem (or more) will be offered by the hour or with the day and at the very least once a week. So stay on your webbed toes. The aim is to share good hearty-to-eat poetry. This is a birdhouse size file from the larger Longhouse which has been publishing from backwoods Vermont since 1971 books, hundreds of foldout booklets, postcards, sheafs, CD, landscape art, street readings, web publication, and notes left for the milkman. Established by Bob & Susan Arnold for your pleasure.
The poems, essays, films & photographs on this site are copyrighted and may not be reproduced without the author's go-ahead.
Write Bob or the Bookshop