And Trump said the time for “trivial
fights is behind us.” He just didn’t say
which trivial fights he meant.

Protecting the rights of gay, lesbian
and transgender people?
Safeguarding voting rights?
Investigating whether members of the
Trump team had colluded with the
Russians to influence the 2016
presidential election? Or maybe
finally getting him to release his tax
returns, as every other modern
president has done?
_________________________
A N D R E W     R O S E N T H A L
March 1, 2017 (New York Times, excerpt) 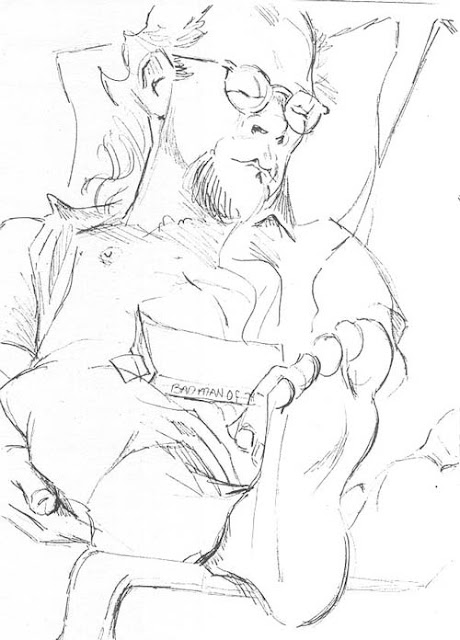 
Insouciance in the other's sweet.


Old Walt, celebrated signifier at large, 'bout
same date, photographer's fool-de-rol, props
one of cardboard on forefinger, points a-
way. We don't do defeat in this culture.
We may do a cardboard
Monarch for the camera . . .


Defeat defeats us. In Sitting Bull's memory
and mind he rides all day in one direction
at liberty in open country. Without


Time was, we lived odd
seasons on the prairie. Then


Now I'm a townie, aint seen
a crocus in years, no more than hear


the cranes' weird croak way up.
Wind burns the snow and the snow


decomposes, the land so dry no melt
runs off. Shallow sloughs for waterfowl.


The crows are a good sight, back. I could
stand to be a crow, to make their play


Cousin magpie succumbs to the new
virus in the land. Rancher


miss them. I turn fifty-five
this spring, storm stayed. No


excuses, lots less of the map to follow
than retrace, fiddle-footed as ever,


a man of no rank come to a place without merit.

Labels: Guy Birchard, poetry, Pressed Wafer Press
Newer Posts Older Posts Home
Subscribe to: Posts (Atom)
A poem (or more) will be offered by the hour or with the day and at the very least once a week. So stay on your webbed toes. The aim is to share good hearty-to-eat poetry. This is a birdhouse size file from the larger Longhouse which has been publishing from backwoods Vermont since 1971 books, hundreds of foldout booklets, postcards, sheafs, CD, landscape art, street readings, web publication, and notes left for the milkman. Established by Bob & Susan Arnold for your pleasure.
The poems, essays, films & photographs on this site are copyrighted and may not be reproduced without the author's go-ahead.
Write Bob or the Bookshop