Today is Cid Corman's birthday. If you don't know who Cid Corman is, Google his name and go and have some fun exploring. I could pinpoint to our own website of Cid and a ton of his books we have available by Cid but you'll come across all that if you go searching. It's sometimes fun to search, especially on a summer day. Or evening.


We were painting the big red farmhouse today and as I started to climb the 30 foot aluminum ladder with swinging paint bucket in my right hand, Sweetheart said from her step-ladder below, matter of factually, "Today's Cid's birthday."


It was said with such common decency, like, "Look at those morning glories." No pomp and ceremony. Like it will be important and will be with us all through the painting day, and so it was.


And so I loved two people even more. 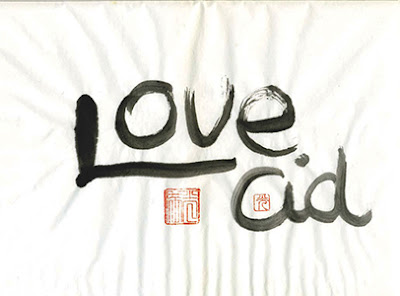 The Long Way Home [Shanachie, 1994]
Dama is a classic folkie, a cosmopolitan leftist credited with inventing Malagasy nueva cancion, an elected legislator as renowned in Madagascar as Victor Jara was in Chile. D'Gary is a classic find, a prodigy-protégé from cattle country where the main road is an 11-hour walk away. Though their rainbow rhythms are formally unique and patently pleasurable, not even producer Henry Kaiser claims to apprehend them fully. The hook is D'Gary's distinctively Malagasy way with his recently acquired guitar, and even more, since that wasn't enough to put his solo album over, Dama's calm, good-humored, deeply assured vocal presence--a politician's gift from a place and time where oratory is still entertainment. Despite excellent notes, the satisfactions remain fairly general for the English speaker. But Kaiser and friends' understated filigrees remind me that said satisfactions far exceed those of similar projects--Ry Cooder's Ali Farka Toure soundtrack, say. B+
~ ROBERT CHRISTGAU